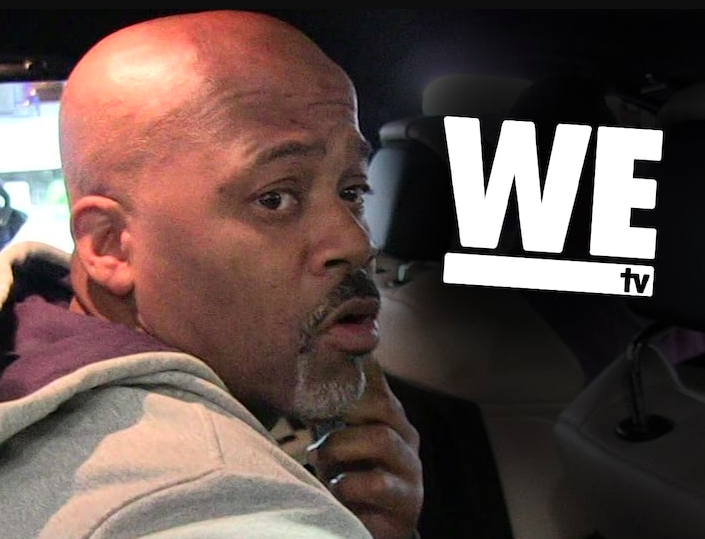 Damon Dash Is Trying To Get Money Any Way He Can, Sues We TV For Giving His Son Alcohol

Damon Dash really needs money, y’all. Back in 2018, Dash needed money so badly that he confronted Lee Daniels at a Diana Ross concert. He claimed Daniels never paid him back on a $2 million movie investment.

The whole situation was kinda embarrassing for both dudes, and eventually they reached a settlement on the $5 million lawsuit.

Damon Dash claims We TV required his kid, Damon ‘Boogie’ Dash, to consume alcohol to increase ratings for the reality show, even though they had verbally agreed not to give Boogie a drop.

In his suit, the Roc-A-Fella cofounder claims his family’s suffered emotional distress as a result of We TV’s insistence that Boogie imbibes on the show.

He also claims the network still owes him some cash for “his work on the show,” whatever that work was.

In the court docs, Dash admits there’s a court order directing We TV to divert all money to his creditors, “but he claims We TV should not be withholding the dough, in this case, because the money’s owed to his third-party company, Poppington.”

The whole situation is messy. Just a few months ago, Dash claimed in court that he couldn’t even afford to pay off a $2,400 debt. He also owes hundreds of thousands in back child support.

According to TMZ, his baby mamas aren’t even dealing with him anymore. They’re trying to get money directly from Lee Daniels, ’cause they’re worried Dash won’t pay them back even after the $5 million.

Damn. This dude needs to get his sh*t together. I’m afraid to say anything more, ’cause he’s so desperate, he might see this and try to sue us! HE SUING EVERYONE!