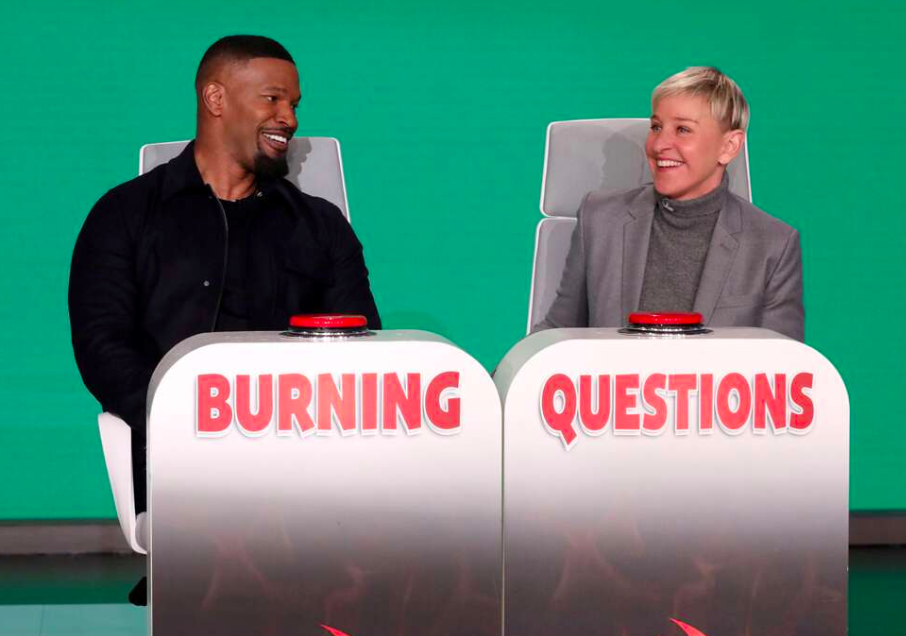 Jamie Foxx was an open book during his recent appearance on The Ellen DeGeneres Show.

During his appearance, they played a little game of “Burning Questions” and Foxx had no problem answering them all. The first question was rather tame, “When was the last time you partied all night long?”

Foxx smiled, and then talked about how he’s been slightly sleepy and drunk since his birthday back in December, “I’m like Leonardo DiCaprio,” he joked. He also revealed that, “Sean P. Diddy, Puff Daddy Combs” throws the best parties in Hollywood. No question.

Ellen then asked him if he was part of the mile high club, “That means you get high when you’re in the plane? Yes, I smoke. I smoke it up,” he joked. Ellen then pressed him on it and he revealed that he was indeed a member, which is no surprise. Most celebrities are because they got them private jets, which are basically hotels in the sky.

Toward the end of this Burning Questions round, things got a little weird after Jamie was asked what he does to embarrass his kids.

I don’t wear underwear all the time. It’s not a bad thing, I’m a natural person. And so, sometimes when I’m working on stuff, my kids…Okay, let’s just go to something else. You guys have a look of horror on your face.

Unfortunately, he never did finish his sentence, so I really have no idea what he was referring to. When he’s working on stuff? What stuff? And what happens when he works on it? They see his…junk? I’m so confused.

Put on some damn underwear, man! Doesn’t Ellen give her guests a pack of underwear? Take her up on the offer!