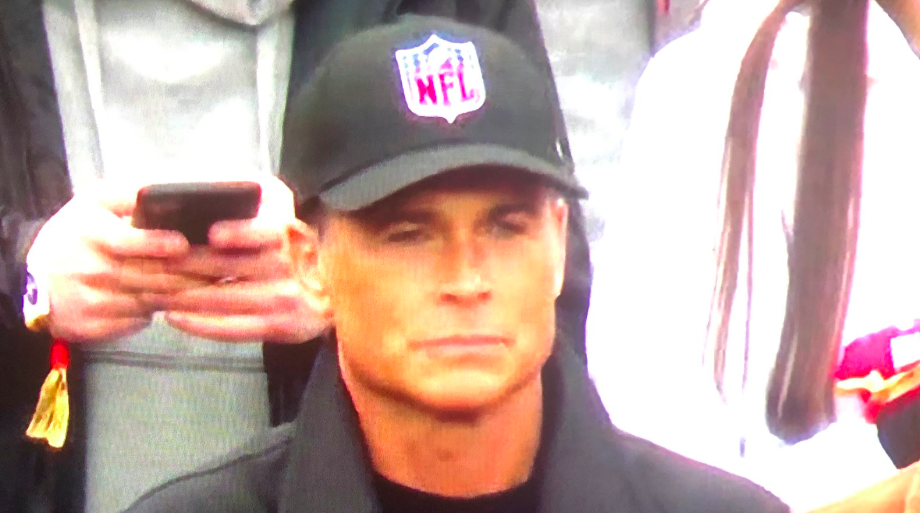 Going into the NFC Championship game last night between the Packers and 49ers, no one expected Rob Lowe would steal the show and the headlines during (and following) the game.

The 55-year-old actor, who still looks like he’s in his early 40s, was at the game on Sunday, and when the cameras spotted him, everyone was a little confused.

Do you see his hat? It’s simply a hat featuring the league shield. He was the only one in the stadium who was rooting for the NFL in general.

Some speculated that he bought the hat at the last minute, but it’s more likely his favorite team has already been eliminated, so why not just show up with a neutral hat? It’s a smart move. It’s how he stays so loved across America.

I didn’t expect my hat to be the most interesting part of this game! https://t.co/F54cTppe7C

If you’re wondering, the Packers got slammed by the 49ers. The Super Bowl matchup is set between the 49ers and Kansas City Chiefs.

No word on if Impartial Lowe plans to attend.