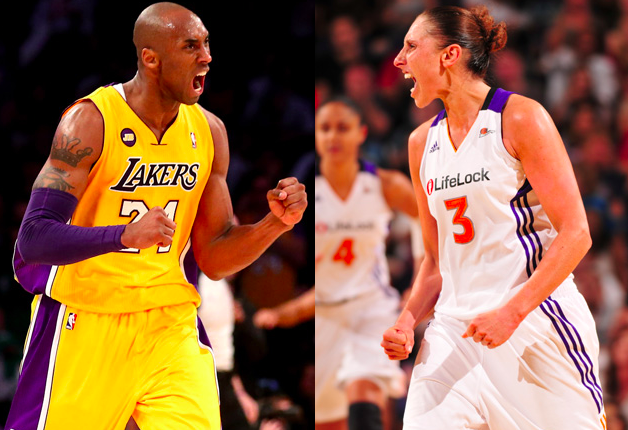 Kobe Bryant Says There Are Some Ladies In The WNBA Who Could Make The Switch To The NBA RIGHT NOW!

The WNBA has been gaining some steam recently. The players in the league just got a pretty big win with a significant salary increase as part of the new CBA. Obviously, the WNBA is not nearly as popular as the NBA, but its popularity is starting to increase.

In a recent interview, Kobe Bryant spoke about the WNBA and its talented roster of lady ballers.

Of course, Kobe has always been supportive of women’s basketball, most likely because he has four daughters. He coaches his daughter’s basketball team, and his daughter is pretty damn talented on the court.

Honestly. I think he’s playing the long game here. He knows the NBA won’t accept a woman right now, but by the time his daughter is ready in 5-10 years? Who knows. Things might have changed, and with the Bryant talent/name behind her, maybe she’ll become the first woman to play in the NBA.

It’s possible. If Donald Trump can be president, then a woman can play in the NBA. Anything is possible these days.

By the way, here is a video of Kobe’s daughter’s skills…