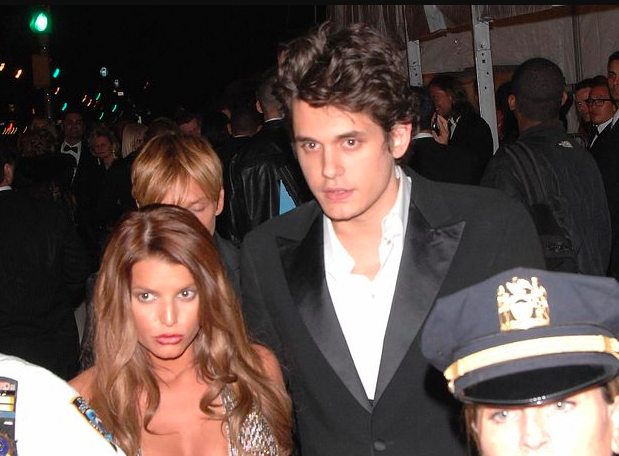 Jessica Simpson is spilling all the tea in her new memoir, Open Book, which is set to be released on February 4, 2020.

The book is going to focus a lot on her struggles with pills and alcohol, and one of the things that led to her drinking more was her relationship with John Mayer.

Shortly after her split with Nick Lachey back in 2005, she bumped into Mayer at a pre-Grammy’s party. He fell in love with her then and began writing her notes. He told her that he wanted to have all of her or nothing.

Again and again, he told me he was obsessed with me, sexually and emotionally. I constantly worried that I wasn’t smart enough for him. He was so clever and treated conversation like a friendly competition that he had to win.

My anxiety would spike and I would pour another drink. It was the start of me relying on alcohol to mask my nerves.

She’s certainly not blaming Mayer for her drinking, but he didn’t really do anything to correct the situation.

And he didn’t help things after they split either. As some of you may remember, he talked to Playboy magazine in 2010 and admitted Simpson was like crack to him sexually.

Yeah, that girl is like crack cocaine to me. Sexually it was crazy. That’s all I’ll say. It was like napalm, sexual napalm.

It was a shock to many, especially since their relationship had ended years before the interview. Simpson said the quote was a little embarrassing.

He thought that was what I wanted to be called. I was floored and embarrassed that my grandmother was actually gonna read that.

After the interview, Simpson deleted Mayer’s number from her phone and moved on with her life. Now, she’s in a much better place and has a happy little family with former football star Eric Johnson.

Meanwhile, Mayer is still single and probably will be forever. He likes f**king too much.