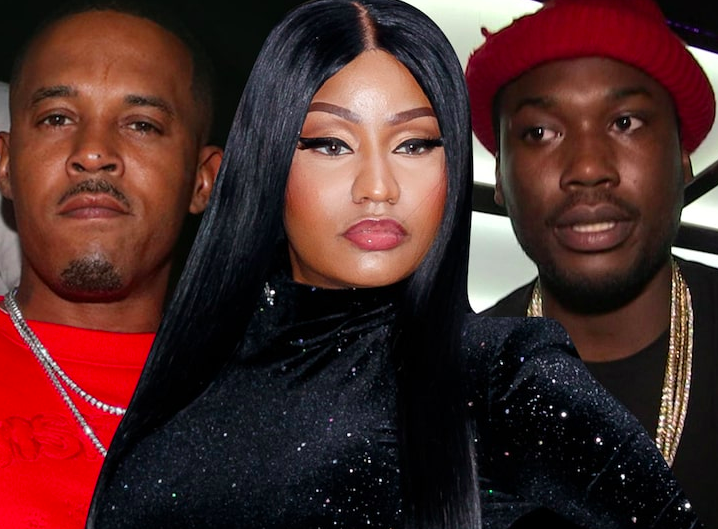 Nicki Minaj And Husband Get In Embarrassing Shouting Match With Meek Mill Inside High-End Clothing Store, But Who Is To Blame? (VIDEO)

Many people believe Meek Mill still isn’t over Nicki Minaj, and it’s hard to blame them because there has been some compelling evidence. Back in March of last year, Nicki posted a video of her husband Kenneth at a carnival hitting a boxing machine arcade game.

Several months later, Meek (who had apparently watched the clip) mocked Kenneth by punching a similar arcade game and even “talked smack” to the bag.

Furthermore, Meek allowed James Harden to preview one of his tracks on Instagram, and in the track, Meek raps, “This s**t beyond me, you was supposed to be my Beyoncé, now you this n***a fiance?!”

So when Meek entered a high-end clothing store in West Hollywood last weekend and stared at Nicki and Kenneth, they started shouting at him.

Like anyone running into an ex, Nicki and Kenneth took offense to Meek giving them a dirty look and that’s what triggered the shouting match. Our sources say Nicki and Kenneth did NOT approach Meek by any means. The couple just happened to cross Meek’s path when they walked into the store.

Of course, there are two sides to every story. Meek claims he wasn’t even talking about Nicki in the lyric above, saying he’s dated at least six other women after her. But I don’t know, did any of them have the stardom to be his Beyonce? Doubtful.

He also claims he requested to talk to Nicki and Kenneth in private at the store, but then they started yelling at him.

TMZ sources say his story is bullsh*t though. Sounds like the dude is having trouble moving on.