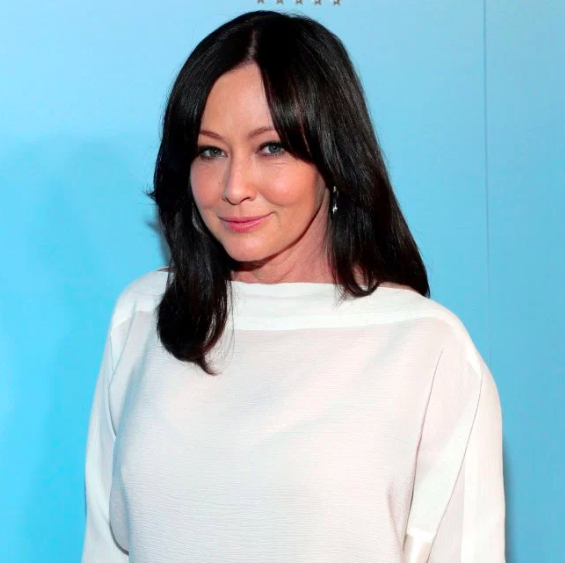 Some terribly sad news to report today. ‘Beverly Hills, 90210‘ star Shannen Doherty spoke to Good Morning America this week and revealed her cancer has come back in a big way.

As some of you may remember, Doherty was first diagnosed with breast cancer back in March of 2015. She finished chemotherapy in 2017 and announced two months later that she was in remission.

Sadly, the cancer came back last year. She decided to keep it private this time around. The only reason she’s telling people now is because it was going to become public knowledge, thanks to her lawsuit against State Farm over unpaid claims.

It’s going to come out in a matter of days or a week that — I’m stage IV. So my cancer came back. And that’s why I’m here. I don’t think I’ve processed it. It’s a bitter pill to swallow in a lot of ways.

This diagnosis was especially hard on her because it came just four months before her the untimely death of her co-star, Luke Perry.

It’s so weird for me to be diagnosed and then somebody who was, you know, seemingly healthy to go first. And the least I could do to honor him was to do that show. … One of the reasons, along with Luke, that I did 90210 and didn’t really tell anybody [was] because I thought, ‘People can look at that [and see] other people with stage IV can work too.’

She’s definitely stronger than most. She was out there doing 15 hour days on set while battling stage IV cancer. That’s pretty incredible.

Here’s to hoping she can make another miraculous recovery.