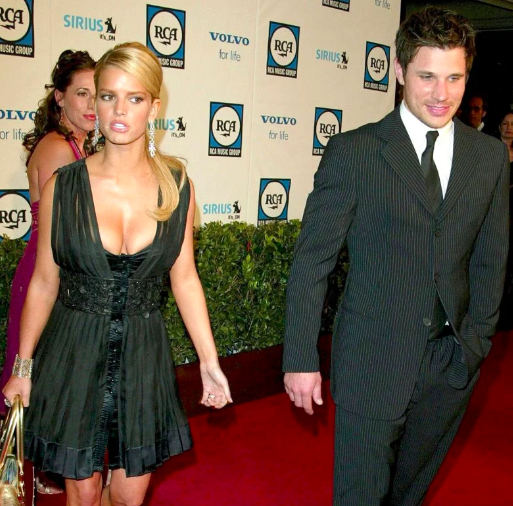 Jessica Simpson gave the world a pretty special gift this year with the release of her memoir, Open Book. And unlike some celebrity memoirs, Simpson did not hold back. She let it all out there.

The memoir was released Tuesday (Feb. 4) and people are already dissecting the book, trying to uncover the juiciest bits of gossip.

Simpson’s first husband/love, Nick Lachey, was talked about a lot in the book. She admits that she was completely in love with Lachey. She lost her virginity to him.

I was 22, and I had just pledged my life and destiny to this man. And I don’t regret it. Nick was meant to be my husband. No one else was supposed to have my virginity.

But things quickly changed after getting married. Simpson became a bigger star than Lachey, which was hard on their relationship because Lachey was the bigger star at first, still soaking up the fame from his boy band days.

I didn’t want to outshine him, because that just wasn’t what I knew. He seemed so much older than me, my guide in everything. I want him to feel like he could show me all that he knew — about the business, about the world.

(He) wanted somebody who could make him feel like I did when I was 19 years old, fawning all over him.

This all led to Simpson having an emotional affair with ‘Jackass‘ star Johnny Knoxville.

Both her and Knoxville were locked in unhappy marriages. She referred to herself and Knoxville as “prison pen pals” being kept apart by their respective spouses.

We wrote these flowery love letters back and forth, often at night with Nick passed out in the bed next to me. We talked about music, and I would listen to Johnny Cash songs he suggested just to feel like we were still together.

Simpson ended her marriage to Lachey a short time later, but she didn’t do it for Knoxville. In fact, he wasn’t even ready to leave his wife at the time.

I hadn’t left Nick for anybody but me, so I didn’t have the illusion that I could turn to Johnny and say, ‘OK, now your turn.’ He needed time, and I didn’t have time.

In one of his texts, he asked me how I [left my marriage.] … ’You just have to do it.’ I said. He didn’t, at least not for another year. But by then, it was too late for us. I finally let the idea of him go.

Damn. Knoxville could have had Jessica Simpson? That’s crazy.

I suppose it all worked out though. Simpson is in a happy, loving marriage now, and Knoxville is also happily married. Maybe their purpose was just to move the other one along. It’s kinda sweet if you look at it that way.