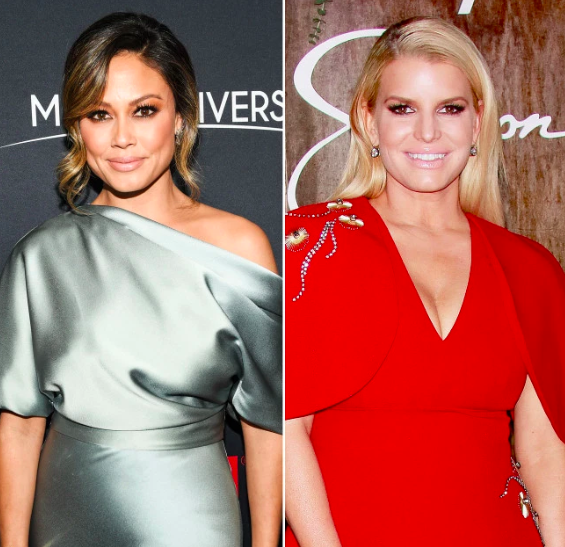 Did Vanessa Lachey Throw Shade At Jessica Simpson? She Says No, But You Be The Judge!

If you’re sitting in your office chair thinking, “Damn. There have been a lot of headlines about Jessica Simpson lately” you’re not wrong. She’s been a hot story recently because of all the juicy gossip she revealed in her new memoir.

She talked a lot about her marriage to Nick Lachey in the book. She said he was meant to be her “first” and that she regrets hurting him by emotionally cheating on him toward the end of their marriage.

Well, Nick is now happily married to Vanessa Lachey, and the two stars sat down recently for an interview with Hoda Kotb. During the interview, Hoda mentioned that Vanessa and Nick allegedly sent Simpson a gift when she had one of her three kids with Eric Johnson.

Vanessa was quick to shut that rumor down…

I feel bad. I’m sorry, but you said somebody sent her … It wasn’t us. I don’t know her address. But thank you, whoever sent it from us!

It was a bit of an awkward moment, and many people thought Vanessa was being a little petty with her response. She received a lot of hate on social media.

But unlike most people, she did NOT apologize. Instead, she battled the trolls.

Hey Derek. Totally hear you. But also, you make sure you do your research and state facts and ask appropriate questions as the host… don’t you think. The statement wasn’t true, so I was simply clearing that up. But definitely a beautiful sentiment if it was.

Ohhh shade! That would be fun and scandalous! No shade though, haha. Just wanting to clear the incorrect statement up. That’s all. 😘😘😘 Hope you Love the show on NETFLIX! #LoveIsBlind

Well Damn, too bad, it’s a good show. Hope you change your mind and watch it! And sorry I was being honest and saying the truth. I feel weird accepting credit for something I didn’t do. But hey… we all have opinions. 😉

Have to say, I’m with Vanessa on this. She made the response lighthearted. It wasn’t like she called out Hoda directly. She just wanted to clear up the rumor.

Although, she might want to check Nick’s receipts. He might have sent Jessica something behind her back. JUST SAYING!