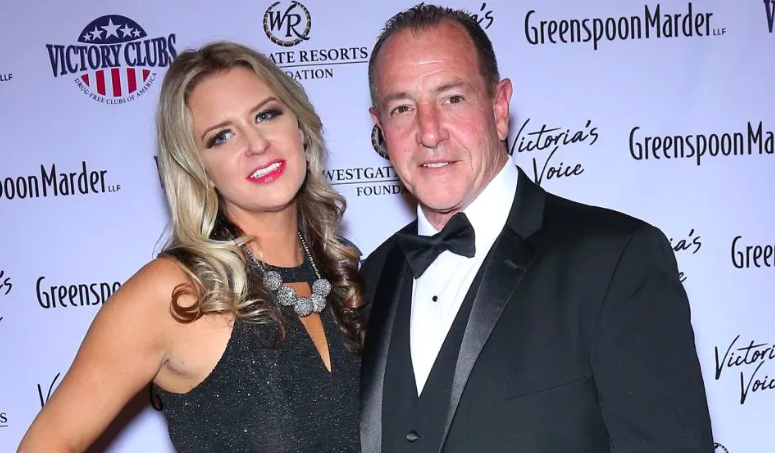 Damn. The Lohan family is all kinds of messed up. You wonder why Lindsay Lohan is the way she is today? Well, it’s probably because she had a father like Michael Lohan.

The 59-year-old is in some major trouble this week after allegedly assaulting his estranged wife, 37-year-old Kate Major. The incident happened on Monday (Feb. 10) and sources say Michael was acting combative when police arrived to arrest him.

He was arrested on the street in front of his kids, according to the report. He’s being charged with “strangulation and harassment,” which is no bueno. I’m pretty sure studies have shown that the abusers who use strangulation are more likely to kill.

A source close to Major told Us Weekly, “He has been following her, tracking her and then choked her and got arrested for it.”

Yikes. Not a good look at all. Although, this isn’t the first time abuse has come up in their relationship. Back in 2014, Major accused Michael of threatening her with a knife.

In 2011, he was arrested in Tampa, Florida, after allegedly contacting Major and tried to escape by jumping off a balcony, one day after being charged with domestic violence against his then-girlfriend.

I think the whole Lohan family needs to enter some sort of rehab before they destroy the world.

Sad thing is, this dude was offering to help fallen ‘Mighty Ducks‘ star Shaun Weiss. You can’t help someone else when you’re in desperate need of help yourself.