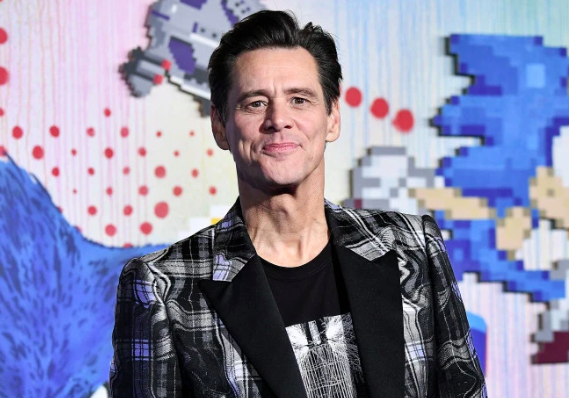 Everyone is finally getting to see just how strange Jim Carrey has become now, thanks to the studio forcing him to do promotional work for the upcoming Sonic the Hedgehog film.

During an interview with Heat magazine on Tuesday, Carrey sat down with journalist Charlotte Long. At one point, she explained that in the movie Sonic has a bucket list, “I was wondering, after all you’ve done in your career and in your life, is there anything still left on your bucket list?”

He responded to this seemingly innocent question with, “Just you. That’s it. It’s all done now,” which made Charlotte laugh and cover her face in embarrassment. She responded, “Wow. I don’t know what to say,” to which Carrey replied, “Just own it,” with a creepy smile.

After the interview was shared online, people started slamming Carrey for the inappropriate comment.

One user wrote, “This is really unacceptable, I wish and hope he apologizes to you. But you handled it really well, more Power to you!”

Several people shared similar feelings, but there were those who defended Carrey. Some referencing how ~zany~ he is now and how he clearly wasn’t being sexual.

For the record, he wasn’t implying ‘sex’, he was insinuating doing an interview with her. As in, ‘I’m doing the Tonight Show on Friday’. You can tell because he follows it up by, ‘It’s all done now’ meaning he’s ‘done her’ aka ‘done her interview’.

And I would agree with that line of thinking because Carrey does say some weird sh*t these days, especially when it comes to time and the universe.

But the thing that makes it sexual for me is when he says, “Just own it.”

I mean, why would he say that if he wasn’t being sexual? I don’t know. Either way, it’s not a big deal. The rest of the interview seemed fine, the reporter wasn’t upset about the comment, even after sharing it on her social media.

If she’s not offended, why should we be offended?