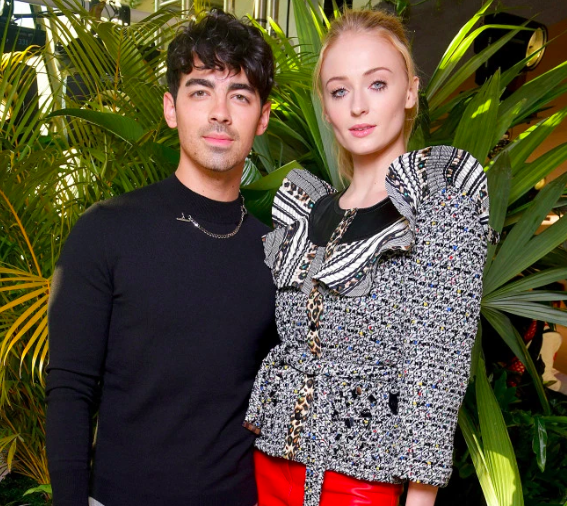 Just nine months after their super fun wedding in Las Vegas, Joe Jonas and Sophie Turner are expecting their first child together. The big news dropped on Wednesday.

Sources say the 23-year-old actress is due in the middle of summer, which means they’ve been hiding the pregnancy for a few months.

The couple is keeping things very hush hush but their friends and family are super excited for them. Sophie has decidedly been choosing outfits to wear on and off the carpet to accommodate her changing body.

It’s an interesting time for them to start a family. I mean, they just got married less than a year ago and Sophie is only 23-years-old with a full career ahead of her.

What is the rush? Joe Jonas is a bit older at 30, but it’s not like he couldn’t have waited a few more years. Dudes be having children at 45 and 50 now.

But hey, we’re assuming they have discussed this. Perhaps Turner is looking forward to some time away from Hollywood. One thing is for sure, don’t expect them to post many photos of their baby online.

They are a pretty private couple. During a recent interview, Sophie talked about how she wished no one would have known about their wedding…

It would have been better if no one had known. I think at some point I would have had to stop saying ‘fiancé,’ but … marriage is a private thing between two people and I think that’s how it should always be. It’s not about the dress, it’s not about the food. It’s about being husband and wife, and being dedicated to each other forever.

So now the focus will be on Nick and Priyanka, who have less time on their side. Priyanka is already 37-years-old, so she needs to start pushing out them babies soon.