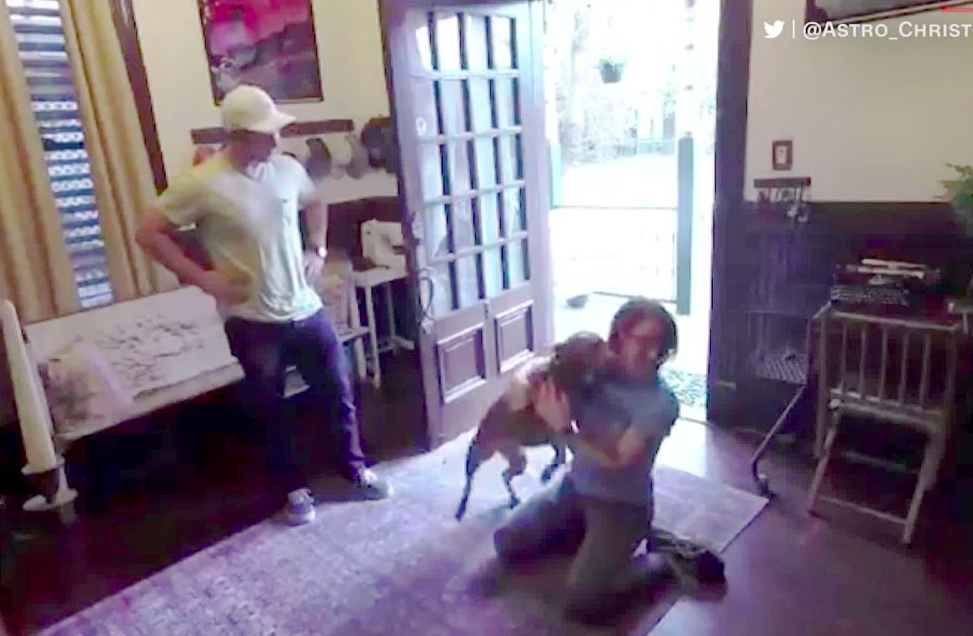 Heartwarming Video: After Nearly One Year In Space, An Astronaut Is Reunited With Her Dog

Dogs are some of the most loyal creatures on Earth. They stand by your side, even after you accidentally step on them while going pee in the middle of the night.

Some say it’s only because you give them food and shelter, but those people just have cold hearts.

An astronaut by the name of Christina Koch just returned home (re: Earth) after a record setting 11-month journey in space. Koch had been away from her pup for a year, so you can imagine how excited they were to reunite.

Koch posted a video of the adorable reunion between her and her dog LBD, which stands for Little Brown Dog.

Not sure who was more excited. Glad she remembers me after a year! pic.twitter.com/sScVXHMHJn

That dog could hardly contain herself. She looked like she was about to rocket into space herself.

Aside from missing her dog, there were other things Koch missed…like gravity. She admits the adjustment period has been difficult, “I felt like a two-week-old who was actually working hard to hold up my own head.”

But at the end of the day, she’s just thankful to be back home on her planet.

After 328 days in space, the first six days back on Earth were full of just as much wonder and excitement. We all live on a wonderful planet and it’s great to be back.