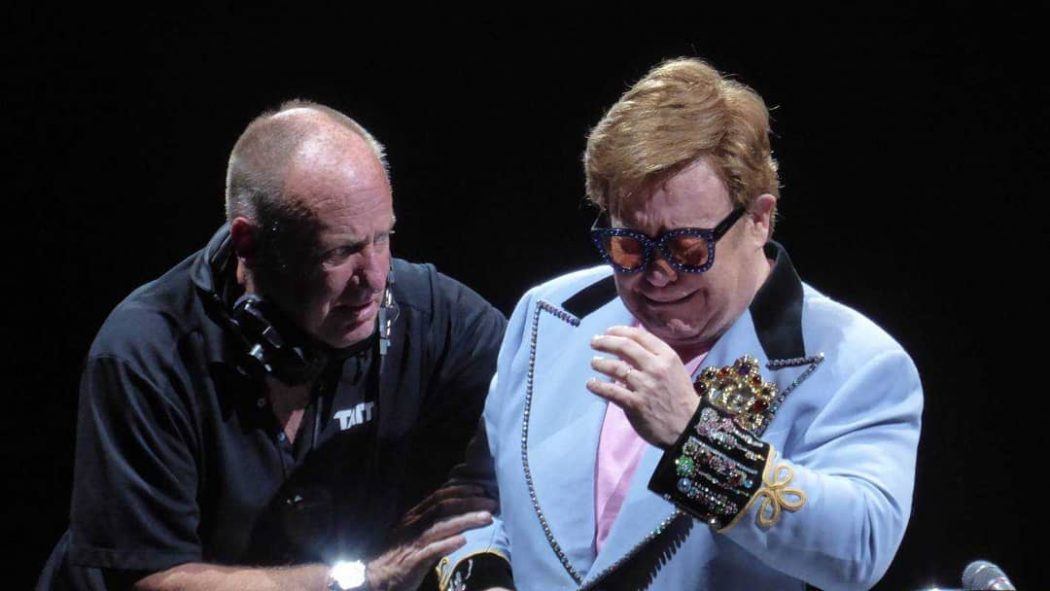 Elton John is a class act. However at 72, touring can take it’s toll on you and yesterday before his show he was diagnosed with walking Pneumonia. And decided that the show must go on! Until it couldn’t.

He was nearly 2 hours into his set at Auckland’s Mount Smart Stadium, in the middle of his song “Daniel” when he stops and tells fans,

It appears then, and from reports of the incident, that Sir Elton John broke down in tears. He was given a standing ovation as he was helped off the stage by assistants. Later he posted the below on his IG:

I want to thank everyone who attended tonight’s gig in Auckland. I was diagnosed with walking pneumonia earlier today, but I was determined to give you the best show humanly possible. I played and sang my heart out, until my voice could sing no more. I’m disappointed, deeply upset and sorry. I gave it all I had. Thank-you so much for your extraordinary support and all the love you showed me during tonight’s performance. I am eternally grateful. Love, Elton xx 📷 @bengibsonphoto

He has 2 more concerts scheduled this week. There is a chance he makes it. I had to Google what the difference is between walking Pneumonia and regular,

So it is possible he can recover, but at 72, it’s probably best that he focuses on a full recovery. I hope his handlers give him the same advice.