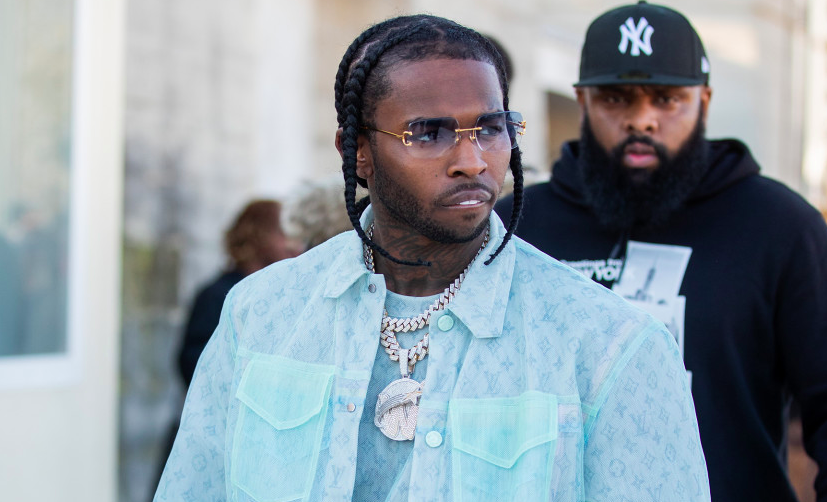 There is a decent chance you’ve heard about up and coming rapper Pop Smoke. He was just 20-years-old, but he was well on his way to becoming a huge hit.

He released an album back in July of 2019, and one of the tracks from the album blew up. The song ‘Welcome to the Party‘ was the unofficial song of the summer, gaining over 20 million views on YouTube. Nicki Minaj remixed the song a few months after its release.

Smoke was set for a ridiculously successful 2020, but unfortunately we’ll never see his full talent. He was shot and killed inside a Hollywood Hills home at around 4:30 in the morning on Wednesday.

The rapper was at a home in the Hollywood Hills at around 4:30 AM when 2 men wearing hoodies and masks broke into a house … this according to law enforcement sources. We’re told the 2 men fired multiple shots, striking and critically wounding Pop Smoke. The men were seen fleeing on foot.

Smoke was rushed to the hospital, but doctors were unable to save him. He was pronounced dead a short time later.

Police have not released the names of the suspects. We don’t know if that’s because they don’t know themselves, or if they’re holding back the names for strategic reasons.

According to the reports, there was a party at the house hours before the shooting took place. Police are trying to determine if the suspects were at the party.

Nicki Minaj posted a message about Smoke’s death, “The Bible tells us that jealousy is as cruel as the grave. Unbelievable. Rest in Peace, Pop.”

Makes you wonder if she knows something we don’t know. She’s already thinking this shooting was carried out by someone who was jealous of Smoke’s recent success, which would suggest he might have known the killers.

In any event, it’s a tragic loss. Here’s to hoping they catch the murderers.