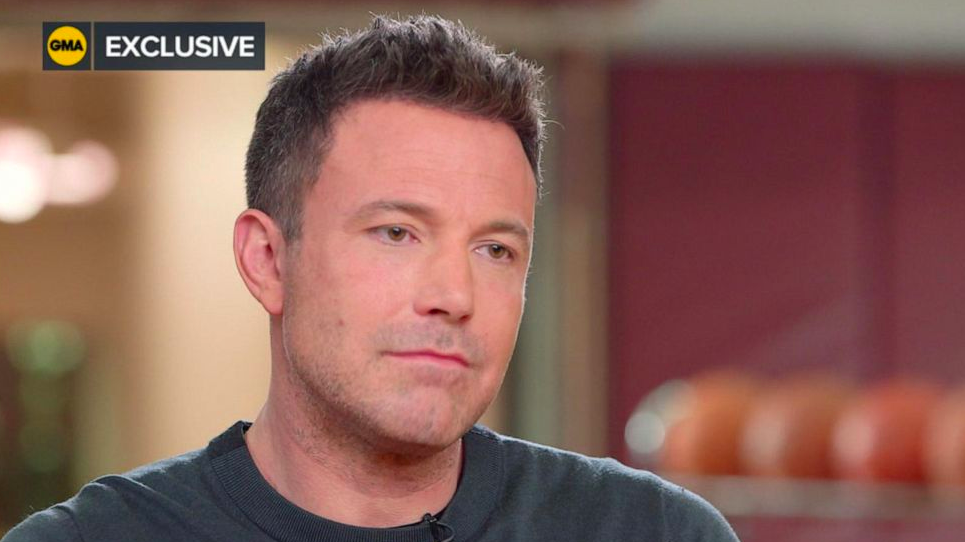 After his very public relapse back in October of 2019, Affleck has made it his mission to get clean and to stay clean. He went back to rehab for a short time and is regularly attending meetings now that he’s out.

And you can tell he’s in a good place by how great he looks. For some time last year, he was getting bloated in the face again, which can be a clear sign of heavy drinking. But these days, he’s looking slimmer and fresher than ever.

During a recent interview with Good Morning America, Affleck opened up in a big way to Diane Sawyer. He spoke about his battle with alcohol, explaining it runs in his family.

He admitted he got clean in 2001, but then a few years later he started drinking again, believing he could now drink like a normal person. That obviously didn’t happen. He started drinking every night after work. He’d drink until he passed out on the couch.

For me, seeing my dad was just, he was drunk every day and that was just life. And then, as that got worse, that was really, really painful. And I always said, ‘That’ll never be me. I’m never gonna do that.’

I wish he had been sober during those formative years but what he’s taught me is how important it is for me to be sober now during these formative years for my kids. That is one of the hard parts of being the child of an alcoholic. Do you think, ‘What if my dad gets drunk? What if he does something stupid?’

He also revealed that his aunt suffered with alcoholism, as well as his grandmother, who ended up taking her own life.

Ben also talked about his divorce with Jennifer Garner. They decided to split in 2015 after 10 years of marriage, and it’s clear the divorce is still painful for Ben.

Divorce is very painful and alcoholism is very painful. They just are. And it’s hard. You’re not going to avoid causing your kids pain, all pain. Pain is part of life. I take some comfort in that.

One of the reasons he’s being so open about this is because in his upcoming movie, The Way Back, he plays a high school basketball coach battling an addiction to alcohol. We’re sure the project was very personal for him.