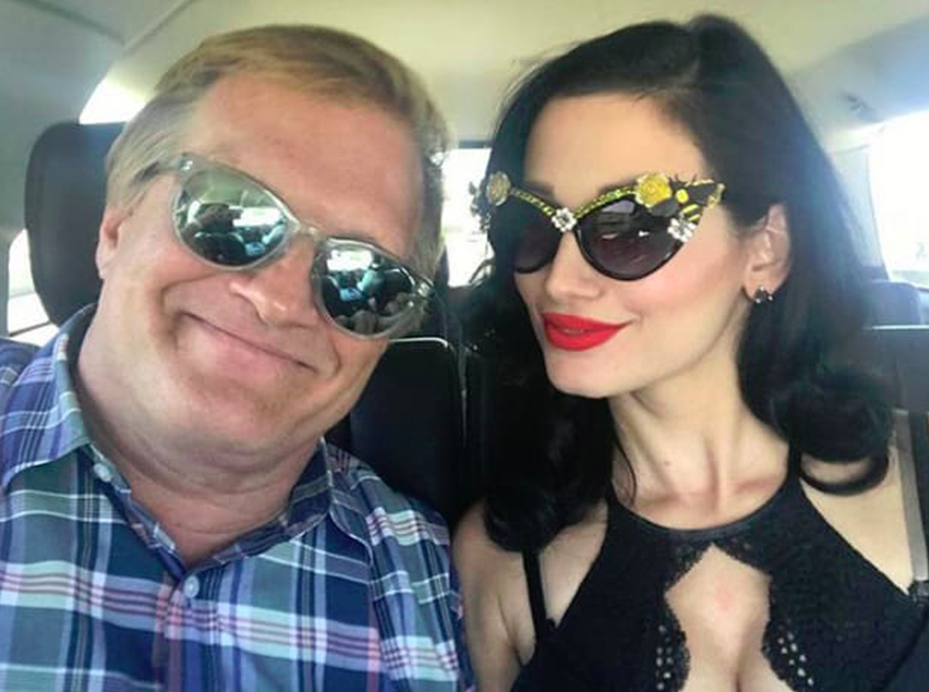 A little over a week ago, we told you about the shocking murder of Drew Carey’s ex-fiancee Amie Harwick. She was a very successful sex therapist with a PhD and a long and happy life ahead of her. By all accounts, she was a beautiful person.

Sadly, an ex-boyfriend of hers (who had been stalking her for 10 years) killed her on Valentine’s Day night. He beat her inside her home and pushed her from a third-story balcony. The ex-boyfriend, Gareth Pursehouse has been arrested and charged with murder.

Harwick and Carey dated back in 2017. They fell in love with each other fast and hard. He proposed a short time later, but unfortunately they couldn’t work out a few differences and called off the engagement less than a year later.

But it’s clear Harwick was still very special to Drew. After news of her death was released, Carey took some time off filming The Price is Right.

And during his weekly SiriusXM show, Carey recorded a special tribute to Harwick, and the pain in his voice is heartbreaking. He called it the best relationship of his life. He said that he still loved her and she still loved him.

They shared a special connection with music.

Carey got very emotional talking about his love for Amie — even after their breakup — and the special connection they had over music.

He shared a special setlist for his radio show … one he’d made specifically for her. It included ‘Can’t Take My Eyes Off You’ and ‘Dedicated to the One I Love.’

He ended the tribute by talking directly to musicians. He wanted them to know that their music is so much more than a paycheck.

The music you make is so much more than a paycheck. I hope you know that. Your music touches people, and reminds people of where they were and what they did, and experiences they had. It doesn’t matter if it’s a love song or a rocker. All your songs really do make memories for people and bond people.

He’s not wrong. Music, even more than film, does something to you. It takes you back in time. It makes you feel things you haven’t felt in years.

It’s a truly special thing, and without it, the world would be such a sad place.