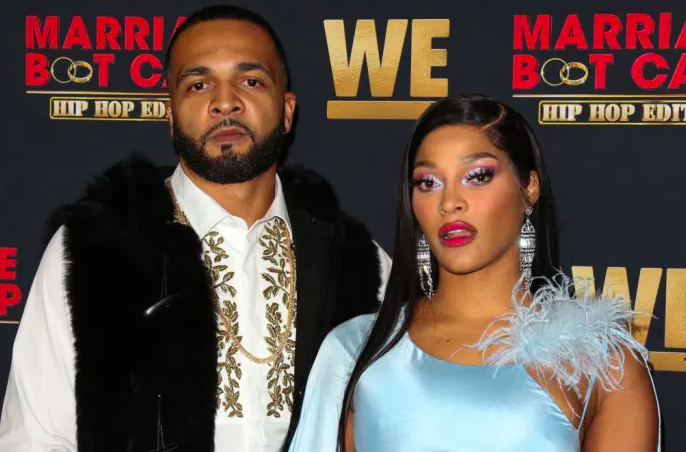 Twitter Is Losing It After Joseline Hernandez Apologizes To Her Man By Kissing His Feet! (VIDEO)

girl i am screaming!!!! joseline’s man told her to get in the house and baby she went running 😭😭😭😭😭😭 pic.twitter.com/u00eVRYI5e

There once was a time when Joseline Hernandez (aka the Puerto Rican Princess) wore the pants. Back when she was dating Stevie J, she controlled that sh*t.

But now that she’s with some music producer called Ballistic Beats, she’s being submissive as hell. On the last episode of Marriage Boot Camp, Joseline got in trouble with Mr. Beats after she fed another dude some grapes.

When he discovered the disrespect, he shut her entire party down and told her to get her ass inside. And she did. In fact, she ran inside like she was about to get a whoopin’ from her daddy.

Once inside, in a room full of people, Beats scolded her for flirting with another man in front of him. She decided to apologize by dropping down on her knees and kissing his feet.

What in the hell? I mean, I know this is reality tv and half of it is scripted, but daaamn. There is something going on with Joseline.

She’s not the same person she was, as this Twitter user brilliantly pointed out…

This Joseline we love and remember. Not the one kissing her mans feet on national tv kmt https://t.co/DvBmP65Y27

What has caused the sudden change? Well, most people believe Beats is throwing down some big “D” energy in the sheets…

This the first nigga I’ve ever seen check Joseline and she got quiet. Yea he’s definitely slaying in them sheets. She literally ran inside lol. https://t.co/PsLZXyOCJh