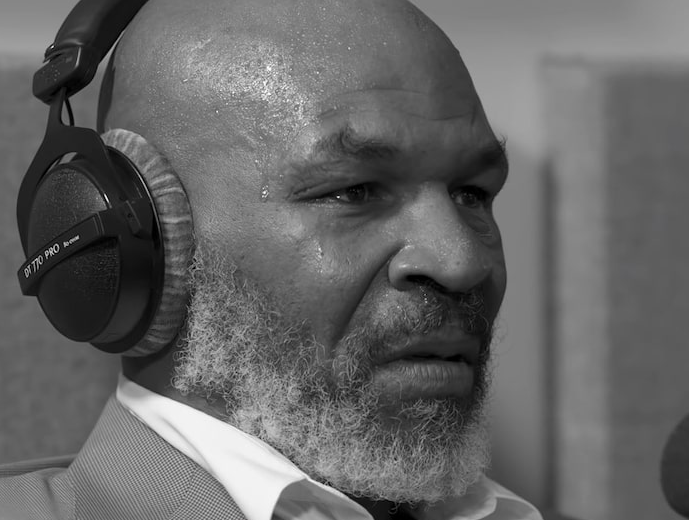 Mike Tyson is a beast. He might sound like an effeminate Disney character, but he’ll beat the living sh*t out of you. Even though he’s 53-years-old now, I’d still be afraid to be alone in a room with him.

The boxing legend talked with Sugar Ray Leonard on the recent ‘Hotboxin’ with Mike Tyson‘ podcast, and Tyson admitted that he even fears himself!

Now those days are gone. It’s empty, I’m nothing. I’m working on being the art of humbleness. And, it’s not funny at all. It’s not cool like I’m a tough guy. It’s just that I hate that guy, I’m scared of him.

Tyson reveals it wasn’t easy to change. He says “that guy” didn’t want to leave, and he went down fighting and screaming until the very end.

“That guy’s kind of dead now,” he said, which is not enough for me. Kind of dead? Hell nah. That means he’s still in there. He’s just dormant right now.

But do or say one wrong thing? That guy is going to wake up and destroy your a**.