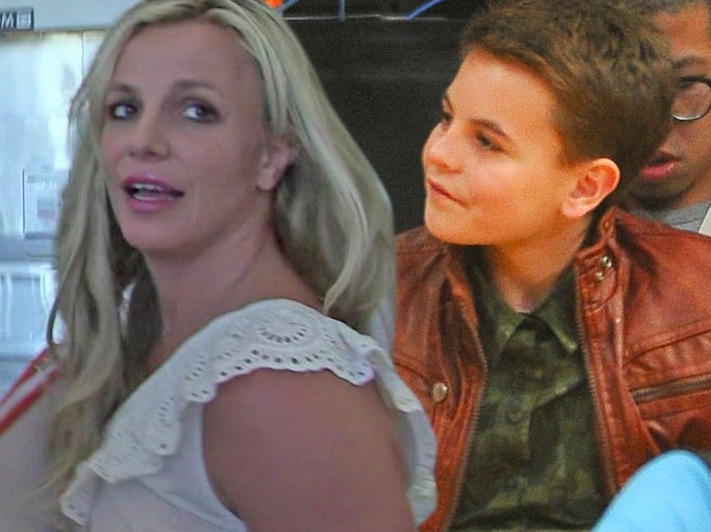 Britney, You Need To Get Your Son! Jayden Spears Calls His Grandfather A D**k, And Says His Mom Might Quit Music In Instagram Live Video

Uh-oh. Someone might be getting grounded. Britney Spears’ youngest son, 13-year-old Jayden Spears, went on Instagram Live on Tuesday, and he had a lot to say.

He started taking questions from fans. One person asked him if his mother would ever make music again.

Actually I haven’t seen her doing a lot of music at all. I don’t think that … I don’t know, dude. I don’t even know. I remember one time I asked her, I said, ‘Mom, what happened to your music?’ and she was like, ‘I don’t know, honey. I think I might just quit it.’ I’m like, ‘What? What are you saying? Like, do you know how much bank you make off of that stuff?’

Not only was he sharing private conversations he had with his mother, he also called his grandpa, Jamie Spears, some pretty terrible names.

After the drama, Jamie temporarily stepped down as Britney’s personal conservator, but he remained in control of her estate.

There was some good news dropped in this Instagram live chat, though. Jayden says he approves of Britney’s boyfriend, Sam Asghair, “I like Sam. He’s good, he’s nice. He’s a really good dude.”

As for his father Kevin Federline? Well, he loves him. “I have the best dad ever. My dad’s literally Jesus,” he explained. Obviously we don’t know what goes on inside their house, but it’s likely Kevin is the “fun” dad who lets his kids do anything.

I mean, can you imagine this dude trying to punish you?