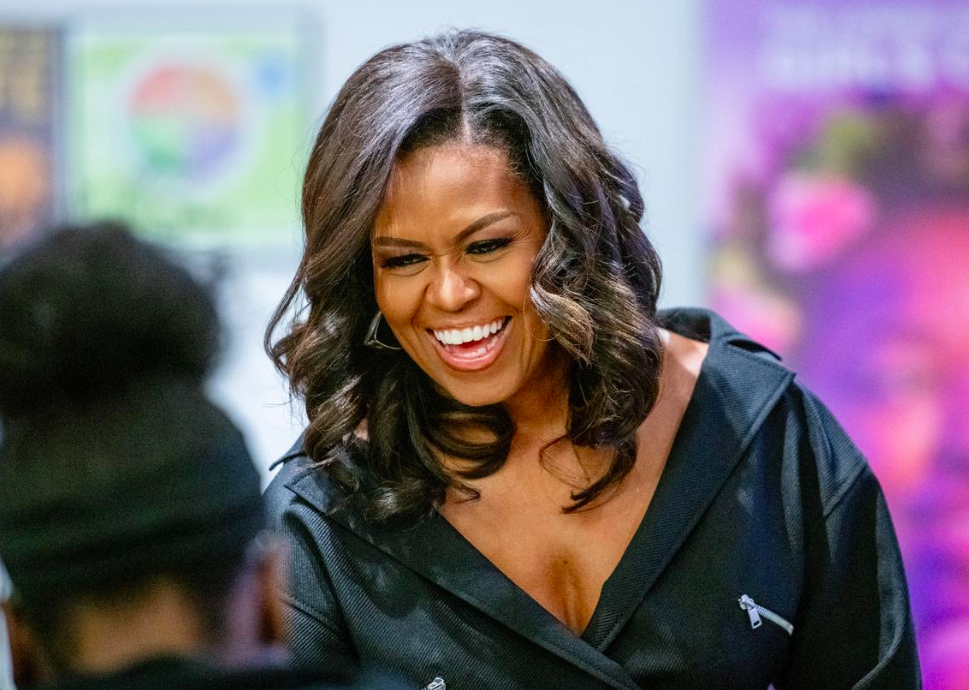 Shirtless Dancer Twerks For Michelle Obama At Christina Aguilera Show, And She LOVED IT! (VIDEO)

Former First Lady Michelle Obama was having herself a good ol’ time in Las Vegas on Wednesday night. She was originally in the Vegas area for business, attending the Ultimate Software Connections Conference, which sounds like the most boring thing in the universe. Just because you put “ultimate” in the title, don’t mean it’s cool.

But after her business engagement was over with, she found herself some pleasure at Christina Aguilera’s Las Vegas show in Planet Hollywood.

During the concert, a shirtless male dancer walked up right in front of her and started shaking his booty in her face.

Michelle didn’t seem to mind — she mimicked delivering some butt slaps before the guy moved on, and she continued to dance in her seat. In fact, she and her friends looked like they wanted more … more … mooooore.

That’s right. She was air booty slapping the dude! Obviously it’s harmless, but it’s still fun to see from a former first lady.

After the concert was over, Michelle and her friends were escorted out of the venue by security.

In fact, with the coronavirus going around, air booty slapping is probably the only booty slapping you should be doing. Air high fives, air kisses, air hugs, air everything.