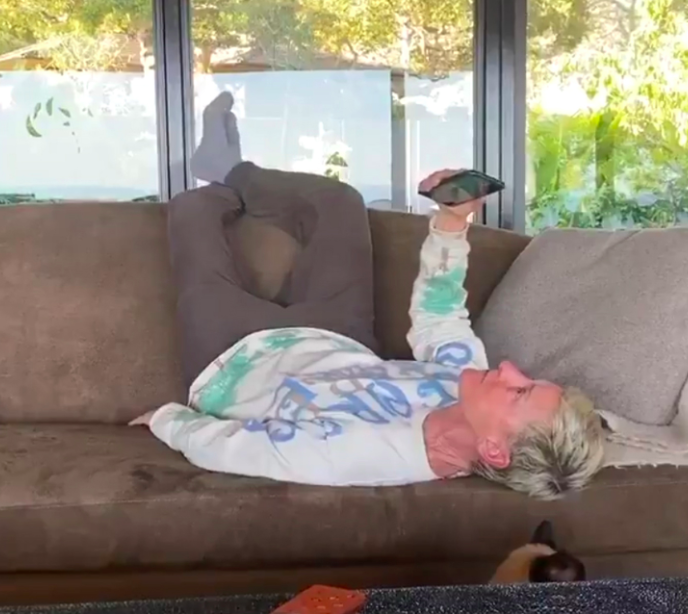 She’s incredibly bored inside her home, which is hard to believe considering she lives in a mansion. All these celebrities acting like it’s so hard for them, but they have movie theater rooms, basketball courts, spas, etc. It’s like they’re on vacation!

In the hilarious video below, Ellen chats up a rep at a credit card company. When asked if she’s interested in discussing an opportunity, Ellen says, “No, I was just bored. I’m sequestered in my house, I’m quarantined and I thought, you know, I’ll talk to somebody. So, hi.”

From there, she ditches the credit card company to take calls from Tiffany Haddish and Kevin Hart.

I’m working on the set here in my house. I’ve been bombing a lot, nobody’s laughing. Yeah, I’m not getting no laughs in here, it’s a stupid household. These people stupid in this house.

If you need a goofy little pick-me-up, check out the clip below…