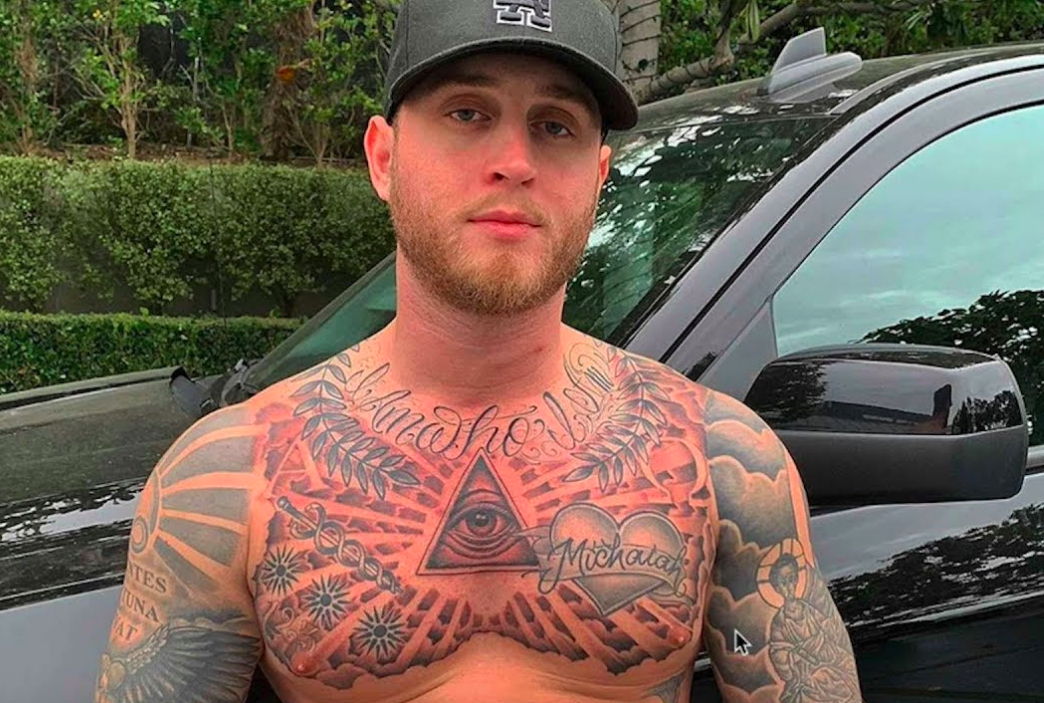 Chet Hanks Says His Family Is NOT In The Illuminati, Is Very Angry That You Think So

This quarantine has Chet Hanks going a little crazy. He’s been spending a lot of time on Instagram talking to his followers. He addressed his followers two weeks ago when it was announced his parents (Tom & Rita) were diagnosed with coronavirus.

And now he’s talking to his followers again, but this time he’s pretty angry. He jumped on his Instagram to address some rumors going around about his family.

You motherf–kers are going to believe what you want ’cause you’re already so f–king committed to your weird Internet conspiracies, but I’m not actually in the f–king Illuminati, dude.

Why do people think he’s in the Illuminati? Well, because he has the Eye of Providence tattooed on his chest, which is often a symbol connected to the Illuminati.

I got this f–king tattoo because I’m extremely spiritual. I believe in God. I believe that God oversees everything, has a plan for everything. I was trolling in that last video obviously because I’m pissed off at what you motherf–kers are f–king saying about my family.

Does it look like I’m in the f–king Illuminati dude? I got a bunch of s–tty ass f–king furniture in here.

I mean, if you watch the video, it does look like he has a bunch of s–tty ass f–king furniture. It almost looks as if someone just broke in an abandoned K-Mart, stuffed all the leftover sh*t inside a big ass blender, and then let the blender spray all the furniture around inside Chet’s place.

I bet Tom and Rita won’t even step foot inside his spot. This dude calling home like, “How come you guys never want to celebrate Thanksgiving at my place?”

BECAUSE THEY’D BE EATING ON THE DAMN FLOOR, CHET!