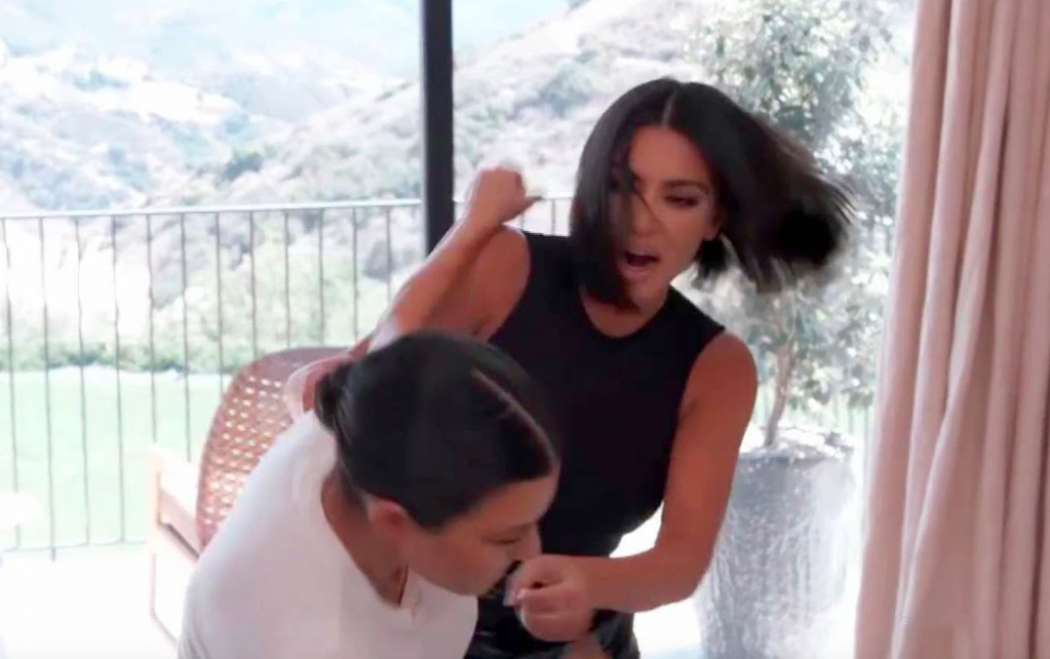 Where Do Kim And Kourtney Kardashian Stand After Intense Fight? Kim Explains In New Interview (VIDEO)

You have probably heard about (and even watched) the epic fight between Kourtney and Kim Kardashian. It all went down on the premiere episode of Keeping Up With the Kardashians.

Kourtney and Kim got into a physical fight during filming. It was something that had been building for a long time. They argued a bunch on the show, mainly because Kim didn’t appreciate Kourtney’s constant attitude.

In any event, the fight was one of the best moments of the show in a long time, and during a recent chat with Jimmy Fallon, Kim talked a little more about it…

It was pretty intense. I feel like it’s been a lot of built up resentment from Kourtney or just feeling like she doesn’t really want to film [the show] anymore. But she would come to work with an attitude every day, kind of take it out on everyone, from the crew to us, and wouldn’t really make that decision.

Where do they stand now though? Well, Kim claims they are in a better place, and Kourtney is feeling better after taking a break from the show.

Kourtney and I obviously are fine now. But we shut down production for a week after that. I think everyone was really shook for a minute and was like, this isn’t our type of show, like, what’s happening? We want everyone to be comfortable and safe.

And she’s made the decision to take time off now. And I think she really needs it, I think that will be so much better for her.

She also claims that Kourtney made her bleed with a scratch to the back, which is why she jumped up and decided to slap her across the face. Kim admits it’s not her “proudest moment” but it’s definitely not her worst either…YOU KNOW WHAT I’M REFERRING TO!