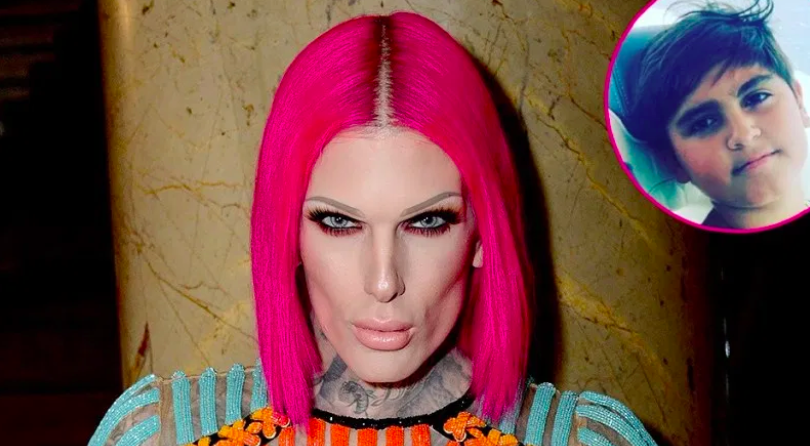 Jeffree Star might be 35-years-old and worth over $75 million, but that doesn’t mean he’s above having petty arguments with 10-year-olds.

The “drama” started earlier this week when Kourtney Kardashian’s 10-year-old son Mason called Star “spoiled AF” during a recent live stream with TikTok personality Addison Rae. Yeah, there are such things as “TikTok personalities” now. We are living in crazy times.

Anyway, Star apparently heard about this diss and decided to fight back in a since-deleted tweet…

I had $500 in my bank account six years ago … Maybe he’s confused with his own privilege versus mine being self-made, hopefully his father can educate him soon! ⭐

Why did he delete the tweet? Probably because he realized he was arguing with a 10-year-old.

I don’t typically agree with anything Star says, but he has a point here. How the hell is this Mason kid going to speak on anyone’s privilege? His parents are worth a combined $60 million.

Funny thing is, this isn’t the first time Mason has caused some trouble on social media. He made an Instagram last month and started doing live chats with his followers. In one chat, he talked about Kylie Jenner and Travis Scott’s relationship.

Kourtney had to jump in and shut that sh*t down…

He started an Instagram, like, yesterday and didn’t ask us. He has an iPad and a computer for his school. … Scott and I just felt like, he’s 10. I think there’s an age limit with Instagram. I think it’s 13. … I think with Instagram the thing that really worries me with kids is just comments. People can be so mean.

Looks like he has moved on to TikTok. GET YO’ SON, KOURTNEY! HE STARTING SH*T! He’s going to spill some tea that can’t be cleaned up.