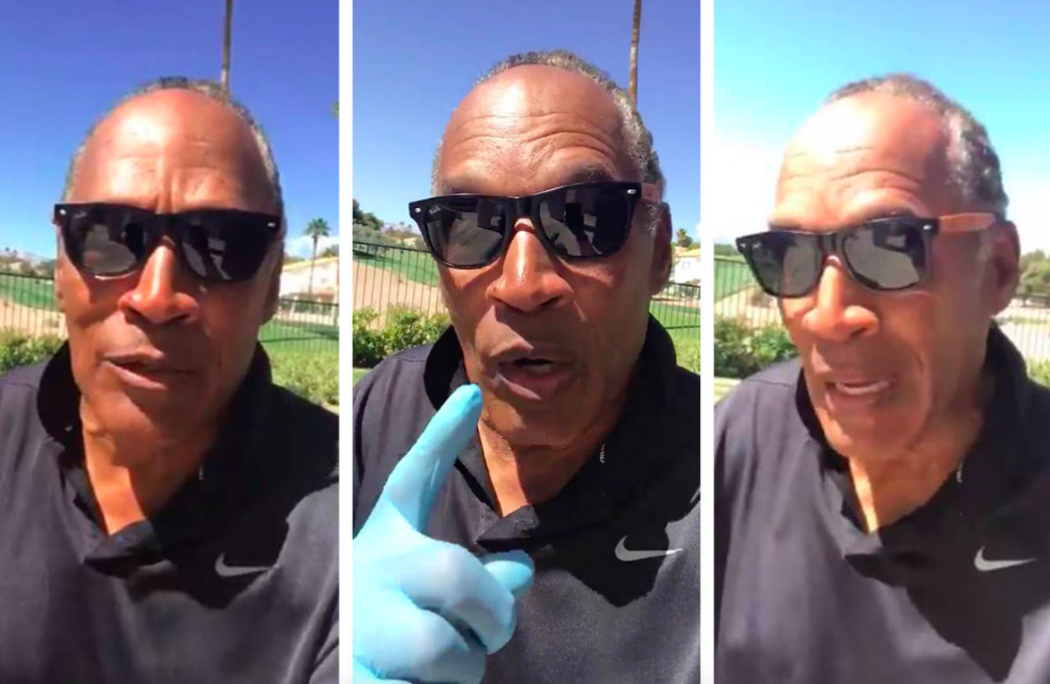 We told you earlier this week about the crazy ‘Tiger King‘ documentary on Netflix. If you haven’t watched it, we don’t want to spoil too much for you, but basically there is this self-proclaimed animal rights activist named Carole Baskin.

She plays a crucial role in the documentary, fighting back against Joe Exotic and his controversial zoo. The thing about Carole is, she might have killed her ex-husband, who was worth millions of dollars. He disappeared years ago and hasn’t been seen since. He was officially declared dead, so Carole got all his sh*t.

Most everyone who watched the documentary believes she had something to do with her husband’s death, and now we are hearing from an expert in the field of getting away with murder, O.J. Simpson.

He posted a video to his social media accounts after a round of golf in Nevada. He said he’s 100% sure Carole killed her husband and fed him to the tigers.

I’ll admit. I was on the fence about this, but now that O.J. has spoken, I’m confident she did indeed kill her husband.

Maybe he and Carole should have brunch together and laugh about how they’re living the good life after doing the unimaginable. They have a lot in common.