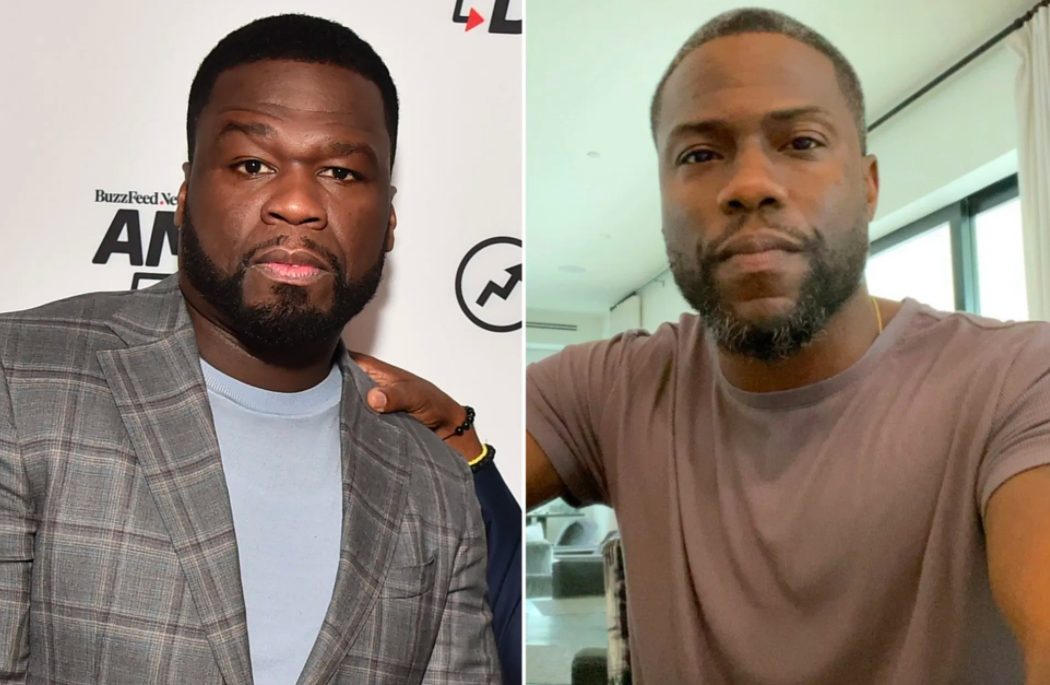 After Getting Trolled By 50 Cent, Kevin Hart Decides It’s Time To Dye His Hair Again

👀man where the fuck is the time machine, they got old on quarantine. LOL #bransoncognac #lecheminduroi

If you’re following us on our Instagram (you should be) then you’ve probably already seen 50 Cent’s recent troll post. He went on his Instagram to post a photo collage, featuring Kevin Hart, Sean Diddy Combs and Deion Sanders.

In the photo, all three gentlemen can be seen rocking (rocking chair, that is) a heavy salt & pepper look. And for Deion, it’s more like 90% salt and 10% pepper. He’s taking in a lot of sodium.

50 Cent captioned the photo, “Man where the f–k is the time machine, they got old on quarantine. LOL #bransoncognac #lecheminduroi.”

We’re not sure how Deion and Diddy took the trolling, but Hart responded by commenting, “😂😂😂😂😂 F–k off man… I used the product this week 😂😂😂😂.”

And he wasn’t playing. In recent Instagram clips, Hart’s hair is back to black. The salt has washed away. A week or two ago, Hart explained that since he won’t be working anytime soon, he decided to relax on the hair dye.

Looks like 50 Cent’s troll post changed his mind. I’m sure a lot of celebrities are looking a little ~rougher~ than usual. They aren’t getting their weekly haircuts, massages, tans, spa days, etc.

At the end of the day though, that’s all superficial bullsh*t. They’re worried about their appearance, while millions of others are worried about losing their jobs or not being able to pay rent.

I KNOW IT’S A DARK ENDING TO A LIGHTHEARTED POST, BUT DAMN…WE ARE IN SOME DARK TIMES RIGHT NOW!