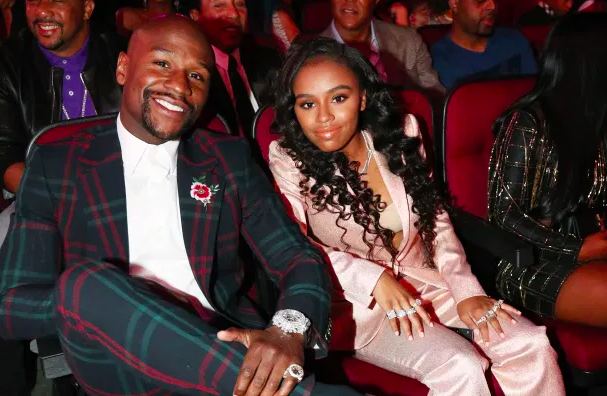 Damn. There is some trouble inside the Mayweather household right now. Floyd’s daughter, Iyanna, might be going to prison for a long time after being arrested early Saturday morning.

The incident went down in Houston at NBA Youngboy’s home. According to the report, Iyanna walked inside the home to find Youngboy’s baby mama, Lapattra Lashai Jacobs.

Iyanna didn’t like this and told Jacobs that she was Youngboy’s fiancee and that she needed to get the f**k out.

When paramedics arrived at the scene, Jacobs was laying on the floor. She was rushed to the hospital. Her condition is reportedly stable at this time. It appears she was stabbed multiple times in the bicep.

Iyanna was arrested for felony aggravated assault with a deadly weapon. She told cops that Jacobs started the fight by “pulling her hair” outside the house and then running back inside the kitchen, where the stabbing occurred.

That’s pretty much all we know at this time, but yeah, not a good look for Iyanna. Stabbing someone is a pretty serious deal. Ain’t many people getting off with probation for that one.