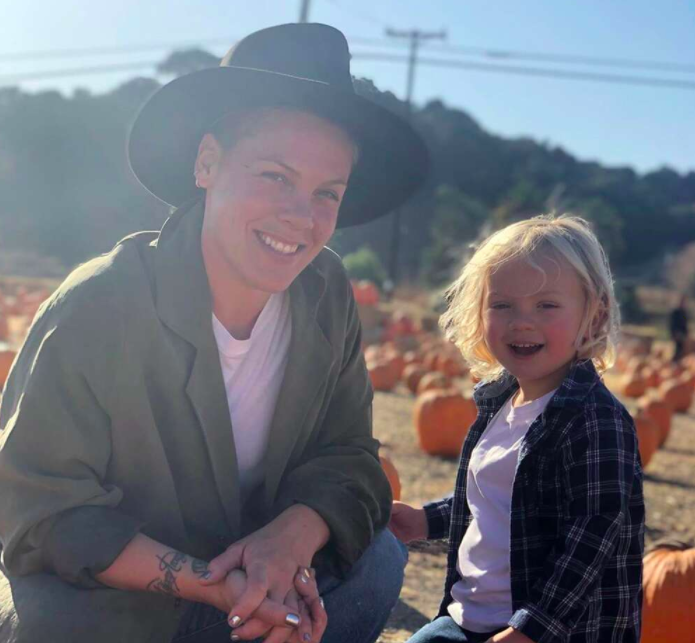 Pink Talks About Her Coronavirus Experience, Says Her Son Had It The Worst

Instagram fail but not a human one. The most human of humans is @pink. Part 2 is coming up (had to edit a slight bit.😂) If you comment on my camera skills I will ignore you- k, thanks! 😂 we could’ve quit but we pulled it off bc Pink was determined to help me raise money to feed people. Donate in bio or at onbeinghuman2020.com.

As the coronavirus spreads and spreads, more celebrities are testing positive. Late last week, Pink surprised everyone by jumping on her social media accounts to announce she was donating $1 million total to coronavirus relief funds.

She also revealed that she and her three-year-old son Jameson tested positive for the virus a few weeks back.

And while they are both feeling better now, it was pretty scary for a week or two. Pink explains that her son actually had it worse than she did, which doesn’t seem all that typical for this virus. But as we are quickly learning, this virus is unpredictable.

My three-year-old Jameson, who you just saw, had the worst of it. There were many nights where I’ve cried and I’ve never prayed more in my life.

But oddly enough, both her husband Carey Hart and her 8-year-old daughter have been perfectly fine.

As we mentioned above, Pink donated $1 million in total. $500,000 to the Temple University Hospital Emergency Fund in Philadelphia, to honor her mother who worked there for nearly 20 years. And then another $500,000 to the City of Los Angeles Mayor’s Emergency COVID-19 Crisis Fund.

This is why Pink is one of my favorites. She didn’t jump on her social media account the moment she tested positive. She healed with her family privately, and then returned with money. A significant donation.

All these celebrities, the CEOs, billionaires, athletes…they all should be donating millions. I know some are, and good on them, but it feels like there should be more.