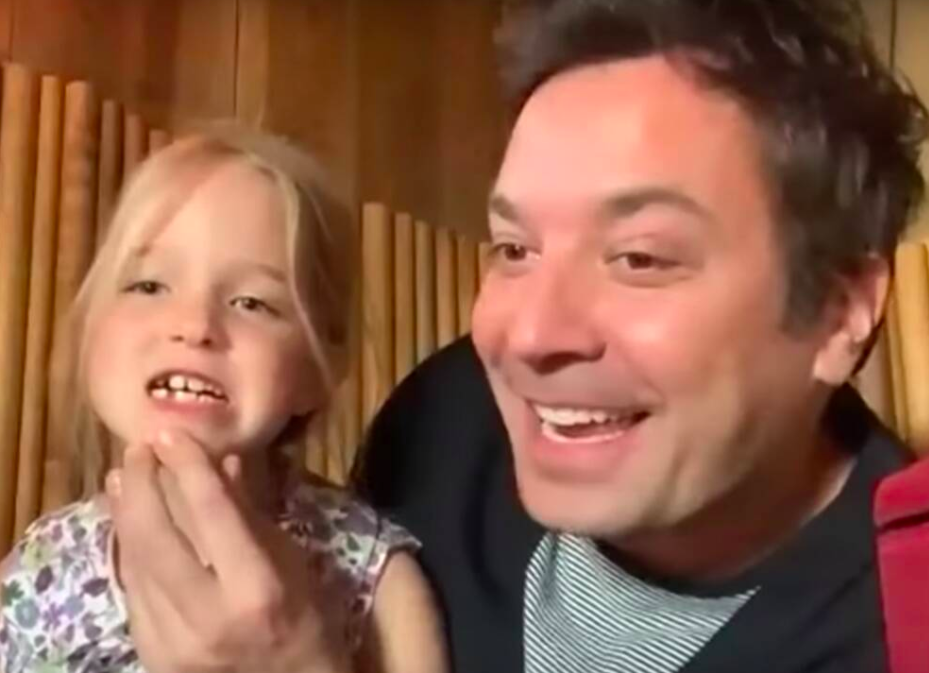 I don’t know if you all have been watching these late night specials on YouTube, but they’re actually better than the regular format. Seeing the hosts interact with their families at home has provided plenty of LOL moments.

During Tuesday’s “at home” episode of Jimmy Fallon’s ‘The Tonight Show’ he was interviewing Ciara and Russell Wilson.

And at first, it seemed like a normal interview. Wilson revealed he’s been coaching their kids, “football, baseball, basketball, all the sports,” he told Fallon. They’ve also been doing a lot of cooking and homeschooling, much like every other family in the US.

As the interview went on, Fallon’s 6-year-old daughter interrupted to let Fallon know that she lost her tooth. She already had it in a little baggie and everything.

“Daddy! I lost my tooth,” she said. Of course, Fallon acted super excited, that’s what he’s best at. Ciara and Wilson did their part as well, clapping for her.

Ciara asked her how it happened, “Mommy put a string around my tooth, then she tried to pull it out, and then it worked,” Fallon’s daughter replied.

It was a pretty adorable moment. A nice break from the doom and gloom of the world right now.