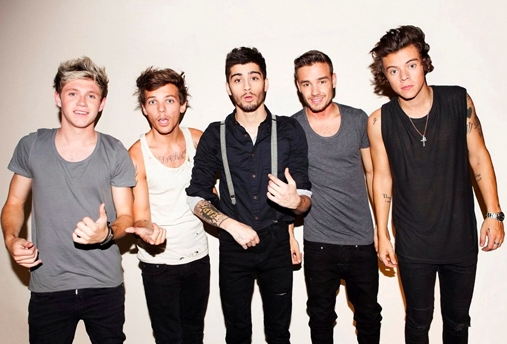 Could A Huge One Direction Reunion Be Coming Soon? Liam Payne Hints At The Possibility

🎥@LiamPayne talking about getting told off by @Louis_Tomlinson in the group chat for revealing too much about the One Direction reunion – via IG Live 19/4 pic.twitter.com/7rpK3eZBrN

Fans of the late boy band One Direction have been begging for a reunion special for the band’s 10th anniversary. They released their first music back in 2010. It’s hard to believe it’s been that long, but it has.

As most of you know, the band (which was insanely popular for several years) disassembled over the course of several months back in 2015/2016. It all started when Zayn Malik left the band without much warning.

It’s been four years since the band has played together, but fans have never given up hope of a possible reunion. During a chat with James Corden, Liam Payne seemed to hint at a possible 10 year reunion, “I’m not allowed to say too much obviously, because I’d be giving it away. But we’ve been speaking a lot more at the moment.”

Payne continued to drop hints during a recent livestream with Alesso. He said most of the band is in London and that they’ve been trying to arrange a group FaceTime.

I can’t say too much. It was actually Louis [who] told me off for revealing a bit about our plans the other day. So I had a group telling off on the group chat.

No word on if Zayn would return for this reunion, but fans have noticed that the official One Direction Twitter account is following Zayn again, and he’s listed as one of the current band members on the Wiki page as well.

SOMETHING TO THINK ABOUT! That’s for sure.