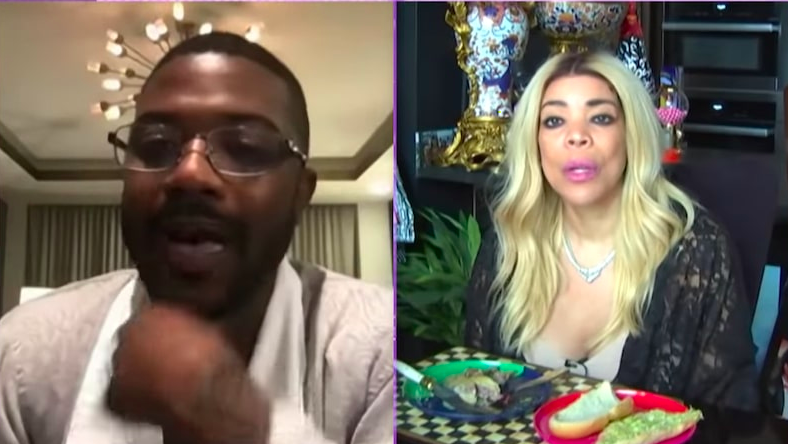 Wendy Williams Grills Ray J During Interview, Calls Him A Bad Husband Who Will Never Be Faithful

Wendy Williams and Ray J have an interesting relationship. There is a lot of love between them, but there’s also some tension. It’s like Wendy is his mother and she’s constantly disappointed by his actions.

During a recent quarantine interview with the 39-year-old artist, Williams did not hold back. She tossed some shade right away by asking, “How is the long-suffering Princess Love?”

Ray J, to his credit, didn’t get defensive. In fact, he chose to not even acknowledge the shade at first. “She’s doing well. She’s the best mother in the world,” he replied.

“You haven’t been the best husband,” Williams responded. As some of you may remember, there was a lot of drama between Ray J and Princess back in 2019. At one point, Princess accused Ray J of abandoning her while she was pregnant.

But Ray J is done with all that. He told Wendy…

Listen, God is good, we’ll all get better. I can do better, I can definitely do better, and I will do better. I’m working towards making sure the kids know that we love each other and we love them more than anything.

Still though, she wasn’t letting him off the hook, “Ray J. I don’t even like that I love you. What is your problem?,” she asked him, which got a little smile out of Ray J.

Then he brought up the ‘Conversation’ he and Princess had on television. He thought it’d be best if they acted as their own therapists.

Wendy told him it was a bad move…

It shows that she’s a good mom and she’s tried to be there for you — she’s put up with more than she needs to — and it shows that you’re the type of man who will never be faithful.

Ray J claimed being faithful was never the problem, but of course, no one really believes that. Not even him.

It’s a pretty entertaining interview. Wendy is probably the only one who could get away with saying sh*t like this.