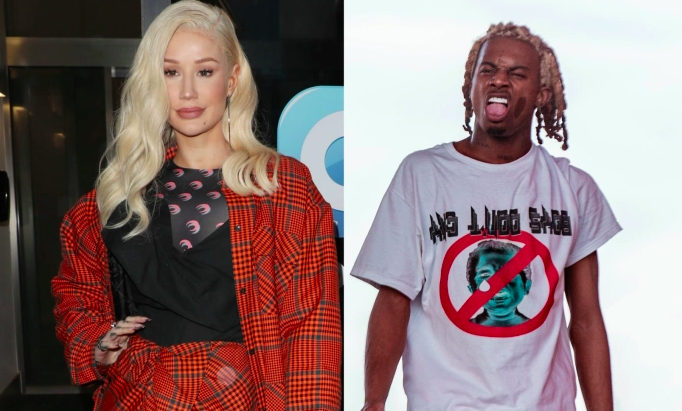 Did Iggy Azalea Secretly Give Birth To Baby With Playboi Carti? The Internet Certainly Thinks So!

Damn. Is 23-year-old rapper Playboi Carti now the proud father of a little baby swirl? No one knows for sure, but the internet is convinced.

Iggy Azalea and Carti have been linked romantically since 2018, which has been a shock to many. The fact that they’ve stayed together this long is a bit of a surprise, considering Carti is a young, successful mumble rapper. He could be playing the field right now.

Back in December, there was a report that came out claiming Iggy was pregnant with Carti’s baby. At the time, both Iggy and Carti denied the pregnancy rumors.

Just this past weekend, several outlets (including The Daily Mail) reported that Iggy gave birth to a baby boy a little over a week ago.

Neither Iggy nor Carti have addressed the rumors, but Iggy did make a rare appearance on Instagram this past weekend. She posted a little selfie video on her Insta Stories, but she did not address all the rumors swirling around.

So yeah, we can’t confirm this pregnancy news, but it certainly wouldn’t surprise us if it turns out to be true. After all, it would explain her disappearance from Instagram.

If they do indeed have a baby now, Carti needs to get his sh*t together. Just last month, he was arrested in Georgia after cops pulled him over for an expired tag. They found 12 bags of marijuana, 3 guns, Xanax, codeine, and oxycodone inside his vehicle.

It’s time to grow up, Carti!