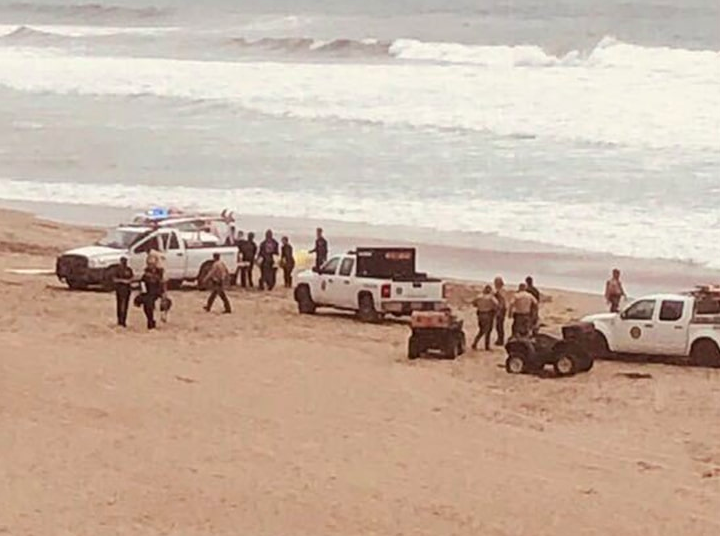 Surfer Killed By A Shark On Northern California Beach, Experts Warn There Could Be More Attacks As People Return To Ocean

We are truly living in wild times. This quarantine has caused millions of people to lose their jobs, which was expected. Businesses have closed and lives will never be the same. Of course, we all expected that. It was a lose-lose situation, and the lockdown was necessary to save lives.

But now things are happening out in the world that no one expected, like the return of wildlife. Humans have been stuck inside for so long that animals are starting to take over nature once again.

In Santa Monica, squirrels are all over the damn place. This video shows them just chillin’ at a park. They are rolling around in the grass like they own the place. Kicking their feet up, eating some nuts…just living the good life.

There have also been reports of goats overrunning a town in Wales and sheep overtaking a golf course in England.

And while all those incidents seem harmless, there is something more dangerous lurking under the water. This past weekend, a 26-year-old man named Ben Kelly was killed by a shark while surfing off the coast of Santa Cruz County.

A photog for KRON-TV in the Bay Area said he spotted 15 great whites swimming near shore the day of the attack, and has been seeing lots of sharks near shore recently.

And according to wildlife biologist Forrest Galante, this should have been expected.

He says most shark attacks are caused by mistaken identity. They think humans are seals and attack before realizing it. Forrest says this shark probably hadn’t seen a human out in weeks, so it assumed the surfer was a seal.

Forrest says sharks are acting just like land animals … setting up shop in areas previously frequented by humans, which is what he thinks happened to Ben.

California’s set to reopen even more beaches for surfing and swimming this week — so, Forrest told us if there’s any reason to be more afraid of entering the ocean.

Yikes. That would just be the awful icing on the shi**y cake, huh? Dozens of people dying from shark attacks as the beaches open back up.

By the way, the experts are still saying we are opening back up too quickly and the number of deaths from the coronavirus will continue to go up.