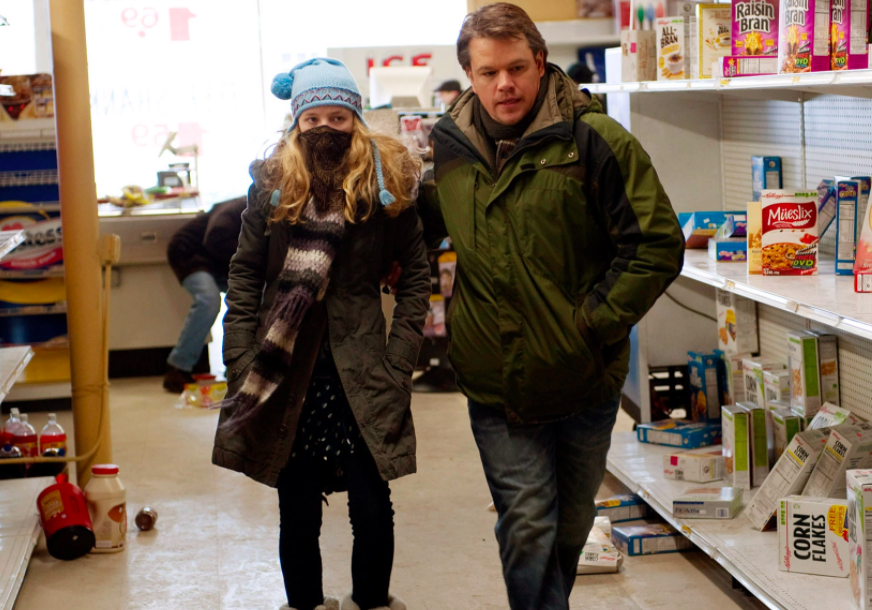 Matt Damon starred in the 2011 film ‘Contagion‘ as a grieving father who was willing to do anything to save his daughter from a deadly pandemic.

And now nine years later, there is a real life deadly pandemic and Damon has four daughters to worry about. He and his wife share three daughters together. His wife had one other daughter with her ex-husband, so Damon is technically the father of four now.

And in a recent interview on Dublin’s SPIN 1038 Fully Charged radio show, Damon revealed his stepdaughter actually contracted the virus early on in New York City.

She’s in New York City and she had COVID really early on along with her roommates and got through it fine. We’ll reunite with her at the end of the month. But everybody’s OK, obviously Lucy’s mom and my mom – it’s scary for that generation.

Damon, his three other daughters and his wife have been hiding out in Ireland during this pandemic, which is why he’s speaking to a radio station in Dublin.

As the actor explained in the interview, he had traveled to Ireland with his wife and kids to continue shooting a movie after working in France, but just as they arrived in the country in March, filming was shut down and the country was soon put on lockdown.

Since they were originally traveling together as a family to be near each other while Damon films, the actor revealed they actually have teachers with them for their kids.

We’ve got what nobody else has, which is actual, live human beings teaching our kids. We feel guilty: We’ve got this kind of incredible setup in this place that’s absolutely gorgeous.

Well, damn. Sounds like a nice vacation. Although we’re sure it’s been hard for them being away from their friends and family back in the states.

In any event, the Damon household is all good.