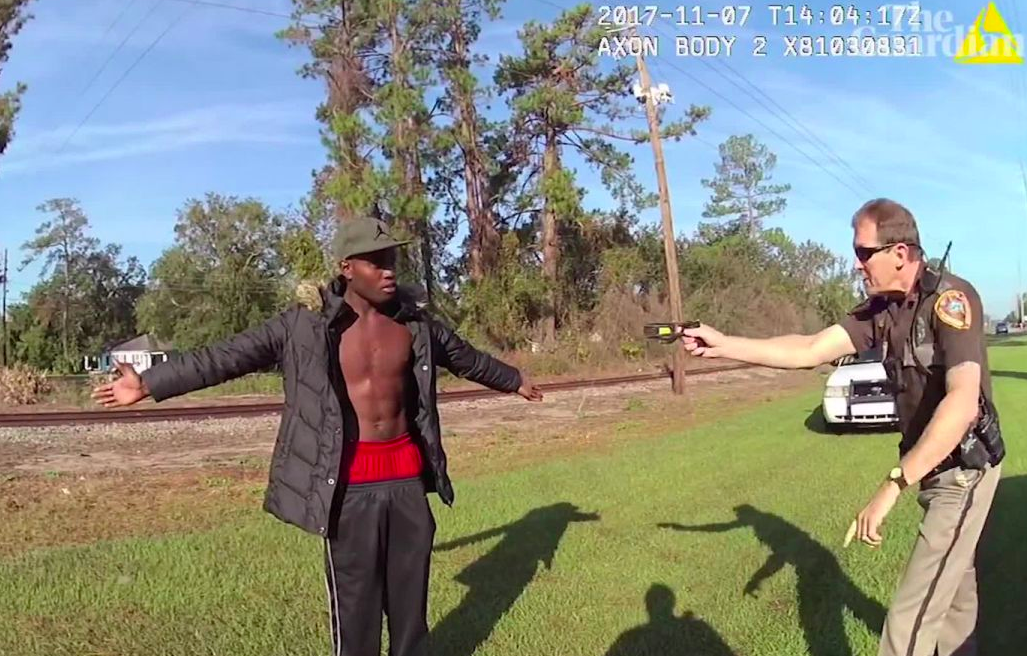 Ever wonder what it’s like to be a young black man in America? Specifically in the southern states? Well, you’re getting a clear picture of it with this tragic Ahmaud Arbery case.

You all know about his murder. He was shot and killed by two rednecks who assumed he was causing trouble in their neighborhood. If you missed the story, you can click on this link.

It’s becoming clear that Arbery had to deal with a lot of racism in Glynn County. The evidence is starting to show that cops in the area clearly treated black people (especially young black men) like criminals, even before they knew anything about them.

Body cam footage from an “incident” in 2017 shows a police officer in Glynn County stopping Arbery inside a park. Arbery was chilling inside his car at the park, and apparently that was suspicious to this police officer.

The officers asked to search his car, and the scene got intense when he said no and stepped toward his car. The officers immediately told him to stop and get his hands out of his pockets.

Despite the fact Ahmaud immediately obeyed their orders — and had his hands in the air — one officer pulled his taser and fired it. Now, the weapon malfunctioned, but Ahmaud was already getting down on the ground anyway.

The officer claims there has been a lot of drug activity in the area, which is why he wanted to search his car. But the thing is, if it was some white dude sitting at the park, the police officer wouldn’t have bothered him.

And if he had, he almost certainly wouldn’t have asked to search his car or been so obviously afraid of him.

When that second cop hops on the scene, he was more than ready to shoot that taser. He came ready. And you can bet he would have switched to his handgun had Arbery not followed orders.

By the end of the video, you can see there’s like three or four different cop cars there. All because a black dude was sitting inside his car at a park.

By the way, he was not cited or arrested during this incident. He was free to go after much deliberation.