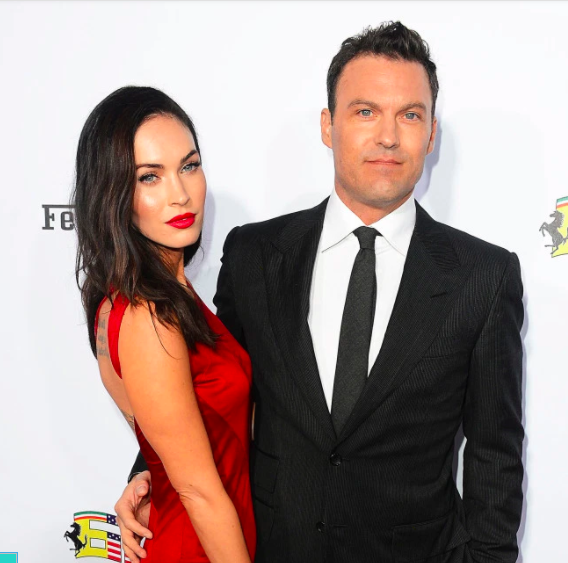 Megan Fox and Brian Austin Green got married back in 2010 and have three sons together, but their relationship hasn’t exactly been steady.

Back in 2015, they filed for divorce while Fox was pregnant with their third child. One year later, they dismissed the paperwork and decided to work things out.

Now just four years later, it looks like they’ve split for good. For the past month or two, Green has been spotted grocery shopping without his wedding ring, which obviously sparked some speculation.

And then the real evidence came this past weekend when Fox was spotted hanging out with Machine Gun Kelly. According to multiple sources, the two stars are definitely hooking up.

According to sources, Green and Fox have been split (for the most part) since late 2019.

On Monday, Green went on his podcast to address the news…

He admitted that splitting up and ending a marriage of 10 years “sucks” but at the same time, he knows some people just grow apart.

From what she’s expressed, he’s a really just nice, genuine guy. And I trust her judgment. She’s always had really good judgment. It’s not like we are separating or anything because somebody cheated or somebody hurt somebody … it’s just, people sort of find new things that interest them and new directions that they want to take in life and the person that they’re with may not be on that same path.

From the outside looking in, it looks like Fox is the one who wanted to move on. Green has seemed to hint on social media that she got “bored” in the relationship.

On Saturday, he captioned a photo of a butterfly with this cryptic message…

Eventually butterflies get bored sitting on a flower for too long. They start feeling smothered. It’s a great big world and they want to experience it.

Damn. That’s why you can’t marry a butterfly. You have to marry a slug or something. You know, something no one else wants.