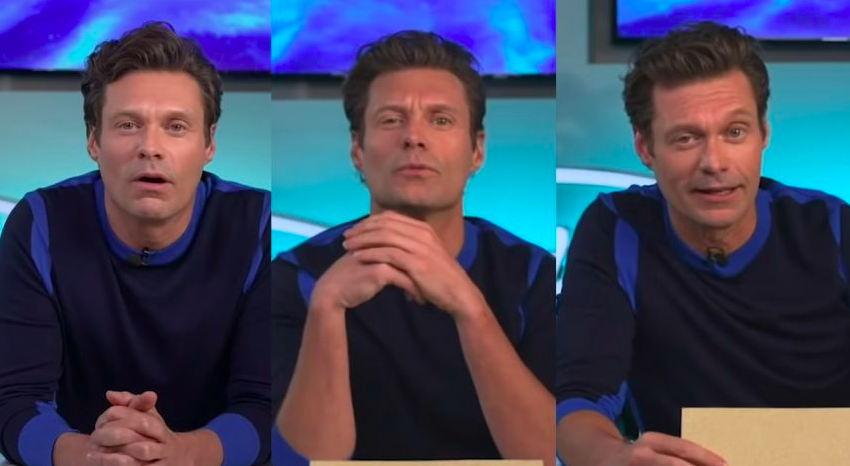 It’s no secret that Ryan Seacrest is one of the hardest working dudes in Hollywood. Every single day, he has like four different projects going on. He has a radio show, a talk show, American Idol, he’s a producer on several different shows, and the list goes on and on.

Even during this pandemic, he’s still busting his butt, and unfortunately it looks like it’s catching up with him. On the virtual finale of American Idol on Sunday, viewers noticed Seacrest looked and sounded a little off.

As you can see in the video, one of his eyes looked…wonky. That’s the best way we can describe it. Like it wasn’t working properly. He also slurred words and just generally seemed off his game. Many people speculated that he might have had a stroke.

The rumors intensified on Monday when he took a day off from hosting Live with Kelly and Ryan. Kelly’s husband, Mark, took over for him.

But according to multiple sources, Seacrest did not have a stroke. His rep simply claims he needed some rest…

Like many people right now, Ryan is adjusting to the new normal and finding work-home balance, with the added stress of having to put on live shows from home. Between Live With Kelly and Ryan, American Idol, On Air With Ryan Seacrest, and the Disney Family Singalong specials, he has been juggling three-four on-air jobs over the last few weeks and he’s in need of rest. So today he took a well-deserved day off.

He only took one day off though. He was back to work on Live on Tuesday morning, and he appeared to be much better.

Still though, he needs to watch it. The body needs sleep and rest just as much as it needs to be active.

Sometimes it’s okay to take a break, especially when you’re already worth over $300 million.