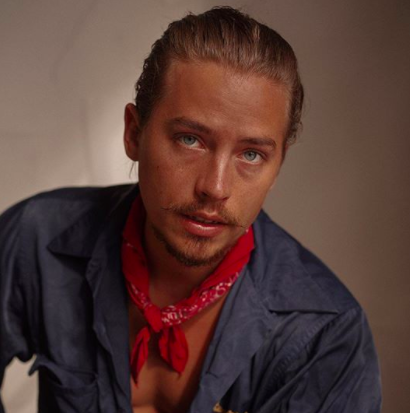 Some more from @alex_hainer to sever my audience in twain

Before yesterday, no one on Earth would compare Cole Sprouse to ‘Empire‘ star Terrence Howard. I mean, they look NOTHING alike…right?

Except, they kinda do? Cole Sprouse surprised his fans yesterday with a rare series of photos on his Instagram account. He typically doesn’t like to share anything personal, so it was a bit of a surprise to see him post so many photos of himself.

In the photoshoot, Cole had a mustache/goatee, an extremely sun-kissed face, and a red bandana…for some reason. The photos were taken by popular photographer Alex Hainer, who has snapped photos of Cole before.

Fans online immediately noticed the similarities between Cole and Terrence Howard. The facial hair, the glare, the uh skin tone…it’s a little bizarre.

Is it Cole Howard or Terrance Sprouse? You decide 🤔😅😂. But Cole Sprouse does look like Terrance Howard here 😂 pic.twitter.com/TQqTKHkkIy

Me trying to figure out how Cole Sprouse looks like Terrance Howard. That photo shoot is 🔥 tho pic.twitter.com/jCwTi2JdwR

Um can someone explain my Cole Sprouse, right, get this, LOOKS LIKE FUCKING TERRANCE HOWARD pic.twitter.com/X2O5t8BLdL

Obviously they don’t look exactly alike, but there are enough similarities to make you stop and say, “Huh,” like an odd painting inside a museum.

Cole needs to take a break from the sun.