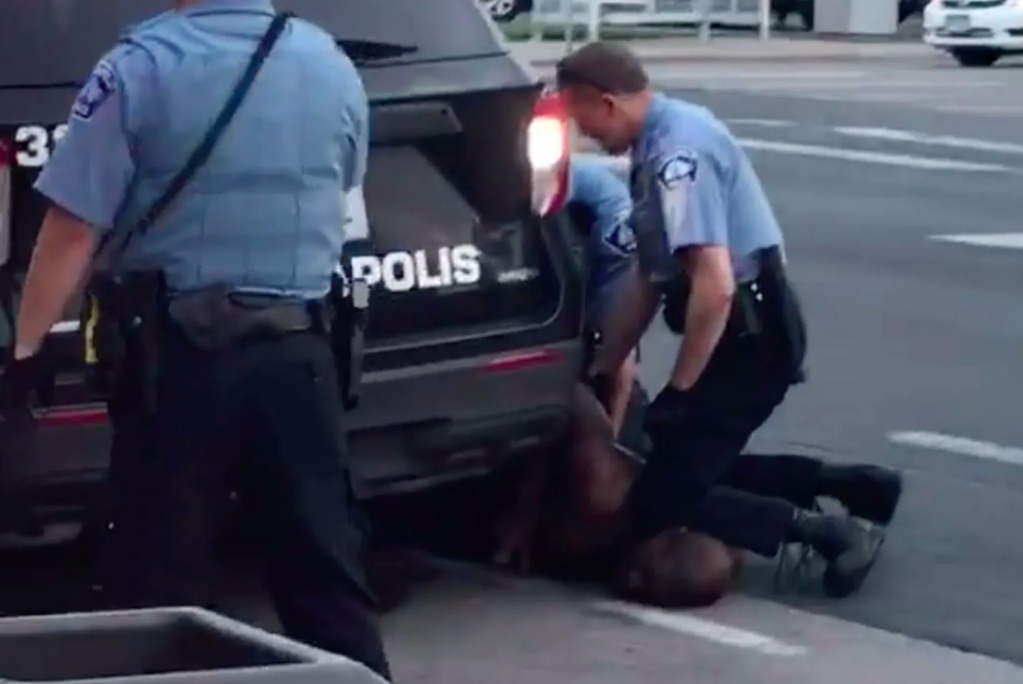 Man In Minneapolis Dies After Yelling “I Can’t Breathe!” While Police Officer Jams His Knee Into His Neck

Geez. We promise we’re not actively seeking out infuriating videos. For some reason, they seem to be happening more often, and they have become impossible to ignore.

A Minneapolis man is dead today after a police officer put his knee on his neck and left it there for several minutes. Even as the man pleaded, saying, “I can’t breathe” the officer left his knee there.

Not longer after the man stops moving, an ambulance arrives on the scene. The man was taken to the hospital, but it was too late. He was pronounced dead a short time later.

It’s apparent the man was in distress, as a passerby screams, ‘That’s bulls***, bro. You’re stopping his breathing right there, bro. Get him off the ground, bro,’ adding the officer was ‘enjoying it.’

It certainly seemed like he was enjoying it. Knowing he had power over this man, who was already in handcuffs. Meanwhile, the other officer just stands there and watches everything. Not once did he turn around and say, “Hey, man. I think he’s good now.”

Obviously people in Minneapolis are disturbed by this video, and even the Mayor of Minneapolis is appalled.

Being Black should not be a death sentence. When you hear someone calling for help, you’re supposed to help. This officer failed in the most basic, human sense. All I keep coming back to is this: this man should not have died.

The Police Chief also addressed the media. He backed up what the mayor said and claimed the knee “technique” you see in the video was not sanctioned or taught at their academy.

The officers involved have been placed on administrative leave while the FBI investigates the incident.

Hopefully a murder charge is issued for this cop. Just because you have a badge doesn’t mean you can get away with murder. They have to be held accountable like everyone else. This sh*t is stupid. You’d think in a world full of cameras, these officers would be on better behavior, but apparently they just don’t give a f**k.