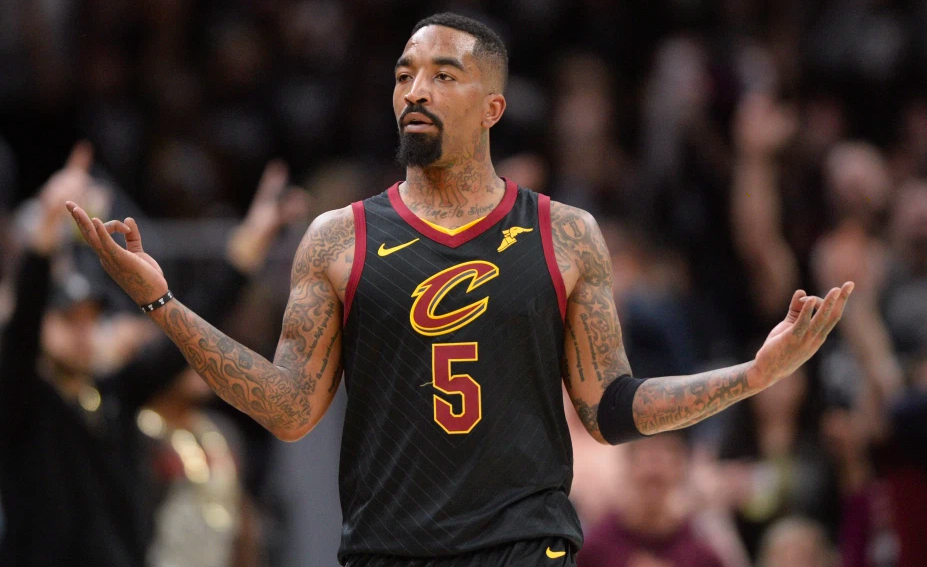 J.R. Smith Beats The Heck Out Of Car Vandal During Protests In Los Angeles (VIDEO)

NBA star J.R. Smith went viral this past weekend after he was seen in a video beating the hell out of a random car vandal during the protests in Los Angeles.

In the now viral video, you can see Smith kicking the dude while he was down on the ground. Smith’s friends tried to step in front of the camera to protect him, “Don’t record this” they said.

In a video immediately after the incident, Smith told his followers, “One of these motherfu**king white boys didn’t know where he was going and broke my f**king window in my truck. I chased him down and whooped his ass.”

Smith stands at 6’6″, so yeah, it wasn’t exactly a difficult fight for him. He pretty much had his way with the guy.

Now that Smith has had some time to reflect, he admits that it was a “random act of stupidness” on both sides. He joined the “Pat McAfee Show” early Monday morning to talk about the incident.

When it happened, I seen red. Then when I finally snapped to… I’m still disappointed with myself. For me, I’m 34 years old. I have 4 little girls at home. I don’t want that image, regardless of the fact whether it was right or wrong.

You see. This is a man who has compassion. He was heated in the moment, beat some a**, but now realizes the situation could have been handled differently.

This is something you (almost) never hear from cops. They never apologize, they never admit wrong, they’re never held accountable.

Smith didn’t need to say this. No one blames him for protecting his property, but still, he felt the need to make it clear that his actions weren’t 100% correct either.

It’s okay to admit you’ve made a mistake. That’s how we grow. Unfortunately, police can’t admit mistakes, so they never grow.