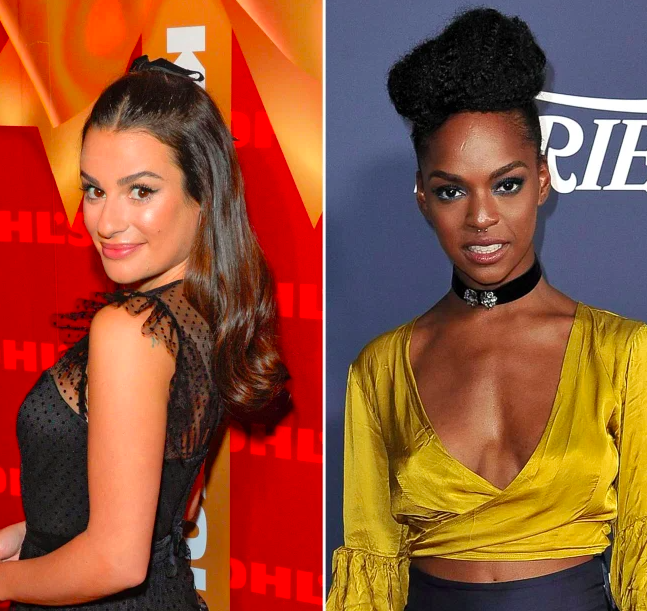 Former ‘Glee’ Star Accuses Lea Michele Of Making Her Life A Living Hell, Claims She Threatened To Poop In Her Wig!

If you are a white celebrity posting about the murder of George Floyd, you better make sure you don’t have any skeletons in your closet, because people are no longer standing by silently.

On Saturday, former ‘Glee‘ star Lea Michele went on her Twitter account to write, “George Floyd did not deserve this. This was not an isolated incident and it must end. #BlackLivesMatter.”

And that’s nice and all, but does she really mean it? According to her former co-star Samantha Marie Ware, the answer is no. She replied to Michele’s post by calling her out for the way she treated her while they worked together on Glee.

LMAO REMEMBER WHEN YOU MADE MY FIRST TELEVISON GIG A LIVING HELL?!?! CAUSE ILL NEVER FORGET. I BELIEVE YOU TOLD EVERYONE THAT IF TOU HAD THE OPPORTUNITY YOU WOULD “SHIT IN MY WIG!” AMONGST OTHER TRAUMATIC MICROAGRESSIONS THAT MADE ME QUESTION A CAREER IN HOLLYWOOD… https://t.co/RkcaMBmtDA

Oh wow. She threatened to sh*t in her wig? What the hell. By the way, this looks like typical behavior from Michele.

GIRL YOU WOULDNT LET ME SIT AT THE TABLE WITH THE OTHER CAST MEMBERS CAUSE “I DIDNT BELONG THERE” FUCK YOU LEA https://t.co/s4NoLdtqRs

Damn. Michele is one of them mean girls. I bet she’s the type to threaten a waitress with unemployment for getting her order wrong.

Sometimes it’s best to remain silent. Or stick to retweeting. So many white people want to post their own statements when they could simply retweet and amplify black voices.