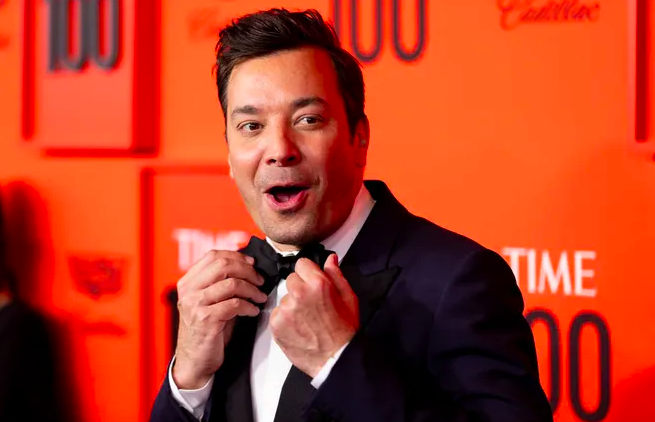 As we told you last week, the internet (at least some of it) tried to cancel Jimmy Fallon after a resurfaced ‘SNL’ sketch went viral. In the sketch, Fallon was featured in blackface as he did an impersonation of Chris Rock.

This sketch aired way back in 2000, and at the time, no one really had a problem with it. But obviously times are a bit different now, and had the sketch aired this year, Fallon would be out of a job.

In 2000, while on SNL, I made a terrible decision to do an impersonation of Chris Rock while in blackface. There is no excuse for this. I am very sorry for making this unquestionably offensive decision and thank all of you for holding me accountable.

Additionally, Jamie Foxx came out to defend Fallon, saying that he didn’t need to apologize for sh*t.

And while that might be true, given the current state of the world, Fallon felt like he needed to address the issue in more detail on his show.

On Monday, he informed viewers this wasn’t going to be a “normal” show.

But the thing that haunted me the most was: How do I say I love this person? I respect this guy more than I respect most humans. I’m not a racist. I don’t feel this way. And instead, what I kept getting advised was to just stay quiet and to not say anything. And that’s the advice because we’re all afraid. So I thought about it and I realized I can’t not say I’m horrified and I’m sorry and I’m embarrassed.

He went on to say that “silence” is the biggest crime “white guys” like him can make. He said we all need to stand up and say something.

He then continued the show by having a discussion with Derrick Johnson, president and CEO of the NAACP. He also talked to Don Lemon about speaking up and the murder of George Floyd.

Fallon certainly didn’t have to do this, but it’s cool that he did.