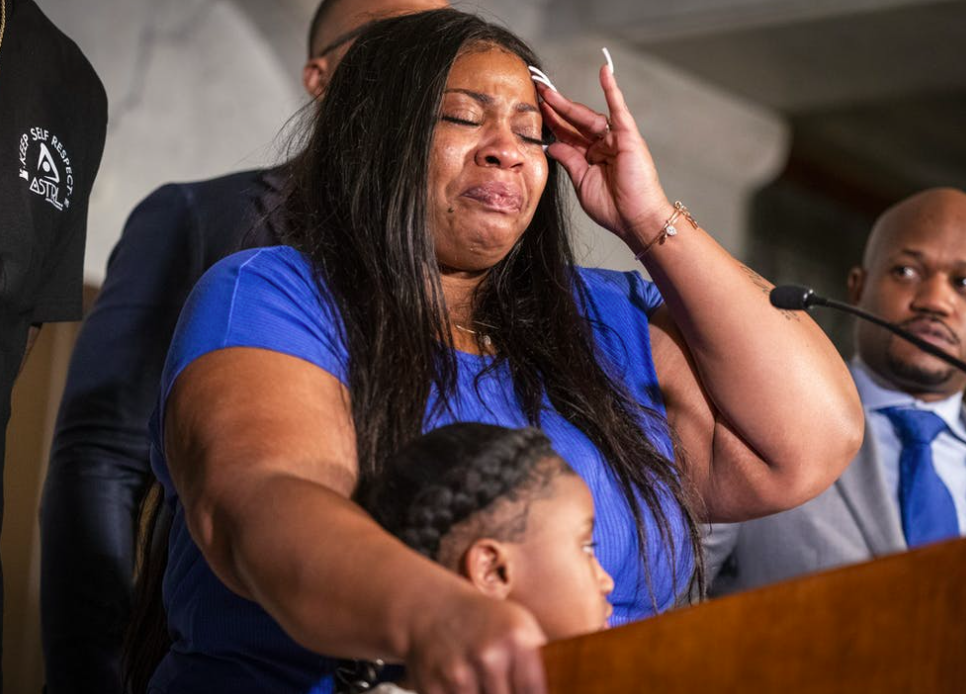 And while the cop who was directly responsible for the murder has been arrested, the other cops who just watched it happen have not been arrested.

Meanwhile, we’ve seen countless videos during these protests of power hungry cops using excessive force against peaceful protesters. It’s clear they haven’t received the message, and so the protests will continue.

On Wednesday, Good Morning America aired an interview with George Floyd’s 6-year-old daughter, Gianna Floyd. When asked what she wants people to know, Gianna said, “That I miss him.”

Gianna’s mother, Roxie Washington, said that George was a great father, “She didn’t have to play with nobody else because daddy was going to play with her all day long. That was his baby. He loved his little girl.”

Roxie stated that she wish she could have been there to help him. She also added that she hasn’t fully explained to her daughter how George died.

She said, ‘I hear them. I hear them saying my daddy’s name,’ She doesn’t know what happened. I told her that her dad died because he couldn’t breathe.

By the way, Gianna told the reporter that she wants to be a doctor when she grows up because she wants to take care of people.