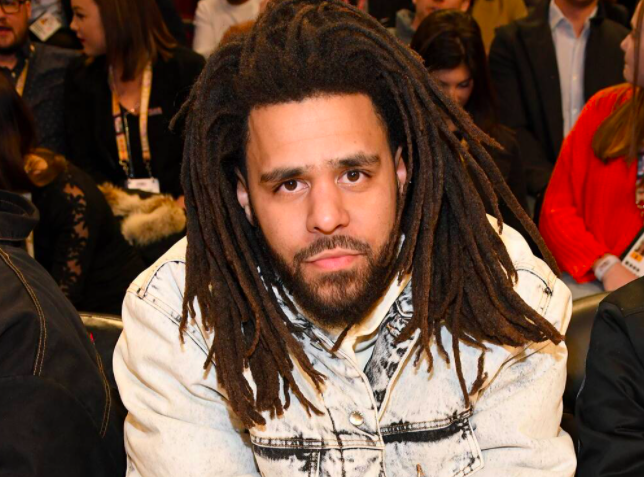 J. Cole Catching Some Heat On Twitter After Calling Out Female Rapper Noname In His New Track ‘Snow On Tha Bluff’

J. Cole surprised his fans this week by dropping a new single titled ‘Snow on Tha Bluff‘ which shares its name with the 2011 reality-drama film by Damon Russell.

In the surprise track, Cole talks about the Black Lives Matter Movement, racism, police brutality…and a certain female rapper who has been calling on other rappers to speak up on Twitter.

He starts the track by referencing the recent surge of activism on social media by making reference to a “young lady” who he admits is way smarter than him.

She mad at my n—as, she mad at our ignorance, she wear her heart on her sleeve. She mad at the celebrities, low-key I be thinkin’ she talkin’ ’bout me.

Throughout the song, he’s basically telling her to “chill” and to change her approach, because not everyone is going to respond well to the tone she is using.

And the frustration that fills her words seems to come from the fact that most people don’t see. Just ’cause you woke and I’m not, that shit ain’t no reason to talk like you better than me.

How you gon’ lead, when you attackin’ the very same n-ggas that really do need the shit that you sayin’? Instead of conveying you holier, come help get us up to speed.

Once the track was released, several people on Twitter called him out for taking aim at Noname, who recently criticized black rappers for not speaking out about injustice.

J. Cole jumped on his Twitter account to confirm that he was indeed talking about Noname in his track, and he wanted to make it clear that he didn’t say anything he regrets…

Morning. I stand behind every word of the song that dropped last night.

Follow @noname . I love and honor her as a leader in these times. She has done and is doing the reading and the listening and the learning on the path that she truly believes is the correct one for our people. Meanwhile a nigga like me just be rapping.

I haven’t done a lot of reading and I don’t feel well equipped as a leader in these times. But I do a lot of thinking. And I appreciate her and others like her because they challenge my beliefs and I feel that in these times that’s important.

What do you think about the track? Was it needed? And do you agree with his “hey, chill” message?