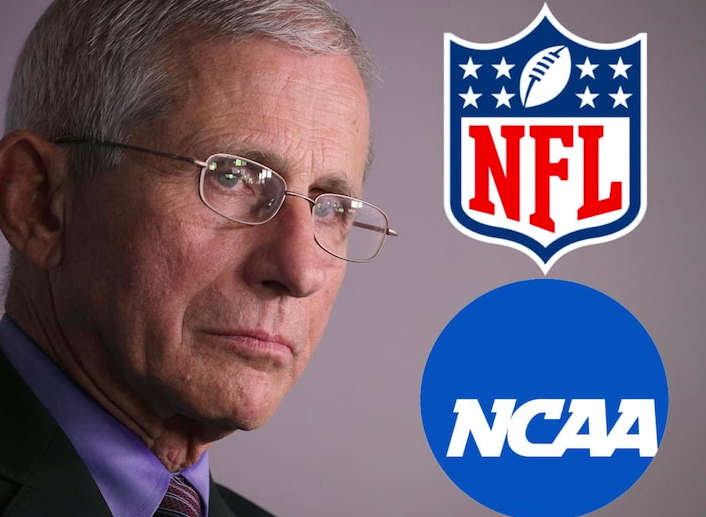 Dr. Anthony Fauci Says Football In America May Not Happen In 2020…UH OH!

Football may not happen this year, Dr. Anthony Fauci tells @drsanjaygupta.
“Unless players are essentially in a bubble – insulated from the community and they are tested nearly every day – it would be very hard to see how football is able to be played this fall.” pic.twitter.com/mDcTRMBucU

The rednecks in middle America already hate Dr. Anthony Fauci because he sounds intelligent when he speaks. They’re automatically threatened by him. They also believe he’s in bed with Bill Gates and that they have some evil plan to use vaccines to track people, which seems like one of the least effective ways to implement such a plan, but hey…they saw it on Facebook, so it must be true!

But I digress, point being, Fauci is not well liked by a lot of people, and after his recent CNN interview, we’re sure his approval rating hit rock bottom.

The good doctor spoke to CNN this week and admitted that he doesn’t think the NFL can return in 2020, and if they do, it won’t be in front of a live crowd.

It would be very hard to see how football is able to be played this fall. If there is a second wave, which is certainly a possibility and which would be complicated by the predictable flu season, football may not happen this year.

Unless players are essentially in a bubble — insulated from the community and they are tested nearly every day.

As some of you may have heard, it was revealed earlier this week that several Dallas Cowboys and Houston Texans players tested positive for COVID-19 as cases continue to go up in the Lone Star State.

We know that the NBA is going with the “bubble” approach. They plan to keep teams in Orlando and not let them leave while they finish out the season and enter the playoffs.

The NFL could do something similar, but it feels like it’d be a little more complicated with football, considering there are even more players involved.

For what it’s worth, the NFL has made it clear that they have no plans to derail the upcoming season, at least not yet.

And the NCAA Division I Council approved a six-week practice plan for football that begins in July, with hopes of starting the 2020 season on time.