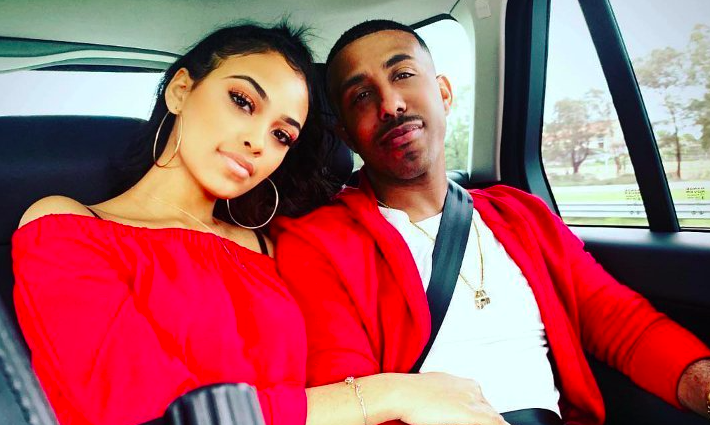 Remember Roger From ‘Sister, Sister’? Well, He’s Getting Dragged Online After Announcing Engagement To A 19-Year-Old

You probably remember Marques Houston as Roger from ‘Sister, Sister‘ or maybe you’re one of the few people who have been following his music career. In any event, the 38-year-old entertainer has a memorable face.

His fans online aren’t too happy with him right now though. Back in March of 2019, Houston revealed he was engaged to a girl named Miya. They had allegedly started dating back in September of 2018, and at the time, no one knew her age.

But now it has been revealed that Miya is just 19-years-old, which means they started dating either when she was 17 or just after her 18th birthday. According to a report on Twitter, they first announced their relationship just 11 days after she turned 18, which doesn’t seem suspicious at all, huh?

Anyway, people are calling him out for being a creep. Not that the 11 days matters. It’s the fact that this dude, who is pushing 40, is getting married to a girl who just graduated high school! She doesn’t even know who she is yet. She hasn’t experienced sh*t in life, and Houston wants to lock her up for the rest of her life?

It’s weird as hell, but Houston is trying his best to defend it. He posted a lengthy message to his social media accounts, and attempted to use religion to defend his relationship…

With all that’s going on in the world, my love life shouldn’t be a topic. But since it is let me just give y’all the facts so you don’t have to ‘allegedly’ believe or create rumors. I met Miya in 2018 through a mutual friend. Never before then, did I even know she existed. The fact that she was listed on one of our films was a misprint or someone being messy.

Miya is like a daughter to Chris Stokes because we are all like family. Being a Jehovah’s Witness, we all showcase true love like family. That’s it. Chris’ real daughter, Chrissy Morales became friends with Miya in 2018, where we all first met Miya at a Jehovah’s Witness convention. It was then that Chrissy and Miya became friends. Miya and I didn’t start dating until she was an adult. We fell in love and got engaged in March of 2019. My dad Michael loves her, and the people I am closest to all love her as well. Most importantly we have Jehovahs blessing.

Here’s the thing though. Just because Miya turned 18, don’t mean she a fully grown adult yet. It just means you can f**k her without facing legal problems. It doesn’t mean you SHOULD f**k her. Or hell, marry her! I mean, what could this dude possibly have in common with a 19-year-old?

It’s weird, but it’s not uncommon in Hollywood. Just look at Leonardo DiCaprio, or heck, look at Dennis Quaid…