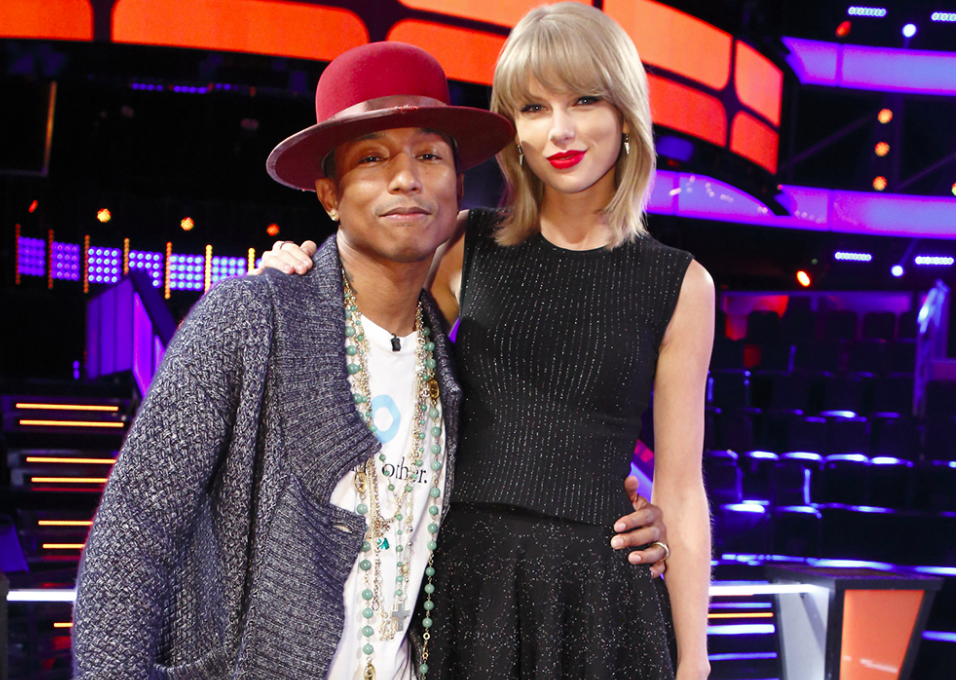 Both Pharrell Williams And Taylor Swift Give Employees Day Off, Say Juneteenth Should Be Paid Holiday

Pharrell Williams was on Thursday’s episode of Jimmy Kimmel Live, and during his appearance, he talked about how he’s trying to make Juneteenth an official paid holiday across the nation.

I just think it’s high time that, if we’re going to think about what independence and what freedom really looks like, ours was never really acknowledged. I mean, yeah, there’s 47 states that observe it, but that’s not a paid holiday. We deserve a paid holiday.

And we all know a paid holiday is 100% different than something that’s just simply “observed” on the calendar. Our life revolves around work, so if you ain’t getting a paid day off, the holiday hardly even counts in your mind.

Williams actually spoke at a press conference in Virginia, where the Governor announced he will propose legislation to make Juneteenth a paid state holiday.

And believe it or not, Taylor Swift is also calling for a change. She went on her social media accounts to announce that she has given her employees the day off to observe the holiday.

Personally, I’ve made the decision to give all of my employees June 19th off in honor of Freedom Day from now on, and to continue to educate myself on the history that brought us to this present moment.

For my family, everything that has transpired recently gives us an opportunity to reflect, listen, and reprogram any part of our lives that hasn’t been loudly and ferociously anti-racist, and to never let privilege lie dormant when it could be used to stand up for what’s right.

Damn. It’s like Swift is a new person. Not that she was ever some Trump-loving conservative, but as she mentioned, she was silent for a long time, and sometimes silence is even worse.

Good on Swift for finally speaking out. She still has a bunch of country fans, so maybe she’s actually changing some minds.