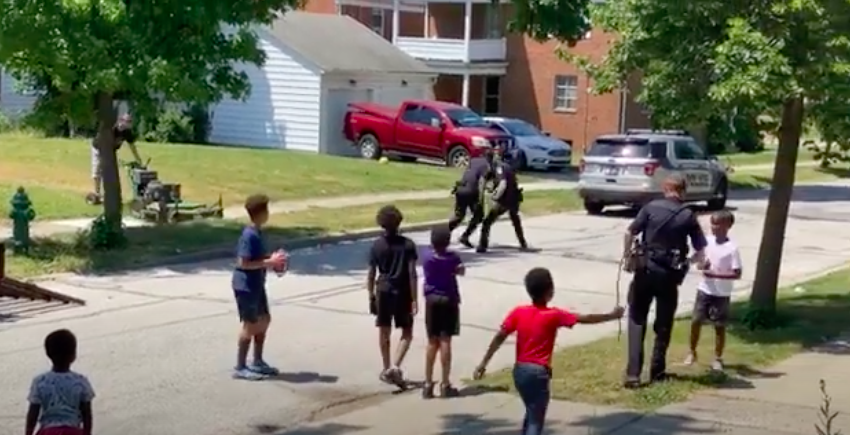 Some nosy neighbor in Ohio called the police on a group of black kids who were playing football in the street last week. The call, which went down on Juneteenth in Shaker Heights, featured a caller who was angry that the kids were taking up the street.

When the cops arrived on scene, they decided the call was absolutely ridiculous and actually joined the kids’ football game.

One of the kids’ mothers, Wendy Brown, reportedly said cops told her, ‘I don’t know who would do it, but someone called police on the kids, they said they were playing in the street so we came by.’ Wendy said the cop also told her, ‘We used to play in the street as kids.’

Yeah. Who didn’t play in the street as a kid? Football, baseball, basketball, hell sometimes we’d just toss a plastic bottle up in the air.

Can you imagine being so miserable and bored inside your house that you call the cops on a group of kids for having fun? Oh my god. Life for that person must be unbearable.

At least these cops handled it the right way. That being said, this is a great example of a situation where cops shouldn’t be the ones responding. There’s no reason for an armed cop to respond to a call about kids playing in the street. At most, some sort of social worker should respond. At most.

Ideally, the dispatcher would just tell the caller to f**k off and make some friends.