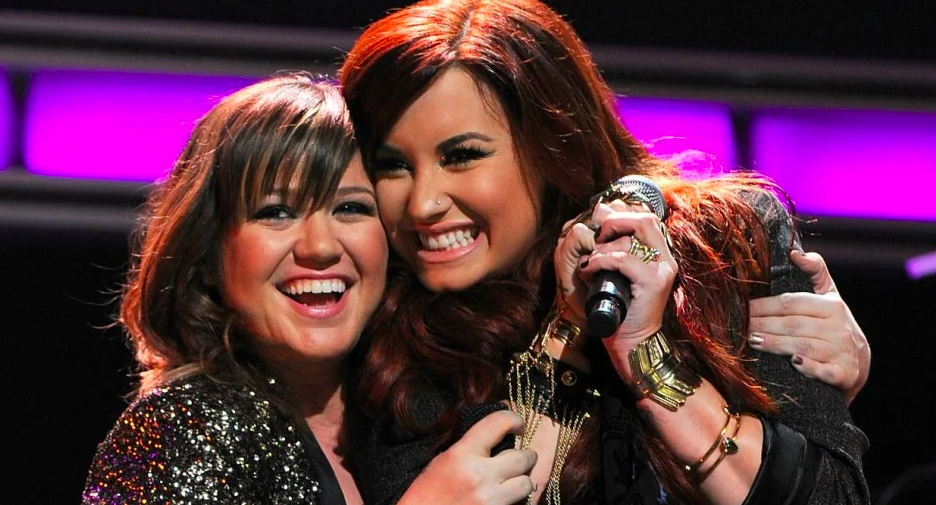 Demi Lovato has always been open about her struggles with addiction and mental health. As some of you may remember, she almost died of an overdose back in 2018.

Since then, she’s been in a much better headspace, and during a recent appearance on The Kelly Clarkson Show, she was applauded for her willingness to share such personal struggles.

Clarkson opened up to Demi during the interview…

I love how open you are about mental health because I have similar issues, and I suffer from depression. I think a lot of people, especially in the creative world or just from childhood even, [are] kind of trained to just keep going and ‘you can handle it,’ especially as a woman it’s like, ‘Don’t let them see you sweat.’

She continued by saying “not everyone is as vulnerable” and how important it is for celebrities to be open with their struggles.

You were, like, the first idol that I ever had, and I wouldn’t be the artist or even the person that I am with being so outspoken, and vulnerable, and fearless if I hadn’t had you to look up to.

They ended the conversation on mental health by stating that it takes time to make progress. There is no magical cure. You can’t just do one therapy session and think you’re fixed. It’s a daily thing that you constantly have to work on.

Basically. Depression is real. It sucks. But you’re not alone, and you can work to improve it by facing it head-on.